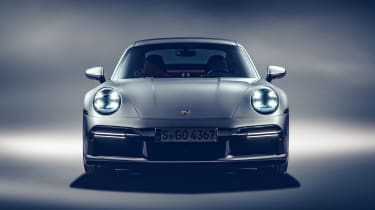 The new Porsche 911 Turbo S is now on sale. The flagship version of the 911 has 641bhp, a 69bhp power hike over its predecessor, which gets it from 0-62mph in 2.7 seconds. The Turbo S Coupe and Cabriolet start at £155,970 and £165,127 respectively. The duo were set to be unveiled at the Geneva Motor Show before it was cancelled due to the coronavirus.

The 911 Turbo S gets its 641bhp and 800Nm of torque from a new 3.8-litre twin-turbo petrol 'boxer' engine that’s mated to an eight-speed PDK dual-clutch automatic gearbox. Unlike the previous model, which had a temporary 'overboost' function at full throttle, this power is available at all times. Zero to 62mph takes 2.7 seconds (0.2 seconds quicker than the old model), 0-120mph is completed in 8.9 seconds and the car will reach a top speed of 205mph.

These performance figures put many rivals in the shade, including the 612bhp Audi R8 Performance with a 3.1-second 0-62mph-time and the 503bhp Aston Martin Vantage that does 0-62mph in 3.6 seconds. 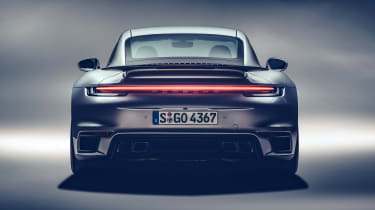 Changes to the bodywork mean the rear haunches of the 911 Turbo S are 20mm wider than the standard Porsche 911, while new adaptive aerodynamics increase downforce by 15%. The car’s track (the width between the left and right wheels) has been increased by 42mm at the front and 10mm at the back compared with a 911 Carrera.

Inside, there are 18-way adjustable sports seats with a design that pays homage to the first 911 Turbo. Leather upholstery, carbon trim and silver accents are standard, along with a 10.9-inch screen for media and sat-nav. There's a 'GT' steering wheel, Porsche's Sport Chrono package and the new Porsche Track Precision app. A Bose surround sound system is also included.

Options include a sport chassis with 10mm lowered suspension and a sports exhaust system. Buyers will also be offered a 'bespoke driving experience' at the Porsche Experience Centre at Silverstone to help develop their driving skills.