The all-new Range Rover has been spotted testing at the Nurburgring in Germany. When it arrives in 2022, Jaguar Land Rover’s (JLR) flagship model will go up against luxury SUV rivals including the Bentley Bentayga, BMW X7 and the Aston Martin DBX.

Best 4x4s to buy this year

To keep pace with the best in class, we expect the fifth-generation Range Rover to get revised styling, new technology and an updated engine range that includes conventional engines with mild-hybrid assistance and plug-in hybrid powertrains. 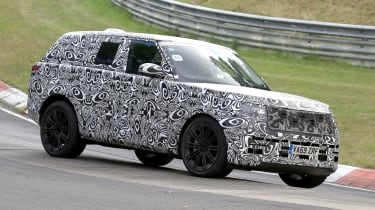 The sighting of this test car is the first time we’ve seen the new standard-wheelbase Range Rover. Its dimensions are likely to remain largely similar to the outgoing model, with features such as the iconic split tailgate feature carried over.

While it's difficult to make out any real detail under the heavy camouflage, we’d expect the new car to borrow from the design of the Range Rover Velar SUV, with far sleeker headlights together with a long flat bonnet, sharply angled nose and matching tail lights. 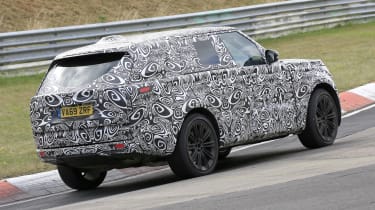 While little is known about the engine range for the 2022 Range Rover, it’s very likely that electric powertrains will eventually feature. The new car is one of three JLR models that will be underpinned by the firm's new MLA platform, which will also be used for the forthcoming Range Rover Crossover and the next generation Range Rover Sport.

This platform has been designed to accommodate a pair of electric motors but it's not expected that a fully electrified Range Rover will be offered initially. Instead, it’s likely that the current range of Ingenium straight-six petrol engines will be carried over, with both plug-in hybrid and mild-hybrid tech available. Diesel engines are also expected to feature, although the V8 unit from the current car could be discontinued due to increasingly stringent emissions regulations. 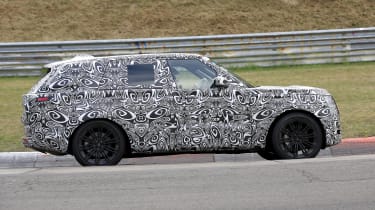 While we’ve yet to get a glimpse of the new car’s interior, we’d expect it to be as luxurious and spacious inside as the current car, with an array of personalisation options. A long-wheelbase model will also be available, with the option for buyers to spec a four-seat layout that includes a pair of large rear seats with more adjustability.

Elsewhere, JLR will fit its latest interior technology, which is likely to include the 10-inch infotainment touchscreen from the all-new Land Rover Defender. This system is called Pivi Pro and is capable of over-the-air software updates and music streaming. It also has Apple CarPlay and Android Auto, and can be used as a secondary display, projecting the view from the front of the car via a series of cameras when off-roading.

How does the current Range Rover compare to its rivals? Read our rundown of the best luxury SUVs to find out. 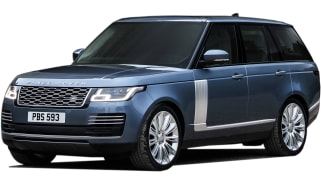