Versatile interior and a big boot, but the Peugeot 3008 could do with more rear legroom

The Peugeot 3008 looks like an MPV, but its crossover roots are reflected inside. The tall body means there’s plenty of headroom, but a little less rear legroom than you might expect. Its boot is bigger than that of a regular small hatchback such as the Volkswagen Golf, and it also has a false floor for hiding your valuables. 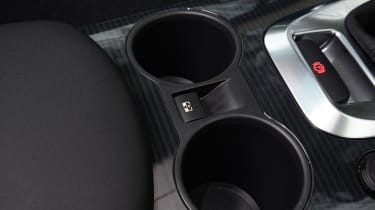 You’d expect the 3008 to have lots of passenger space, too, but although that’s true for the front seats, the back seats are too cramped for six-foot-tall adults’ legs, although there is plenty of headroom. It’s also a bit of a shame that the 3008 doesn’t offer an optional seven-seat layout to compete with models such as the Vauxhall Zafira Tourer. It does, however, boast plenty of interior cubbyholes – including underfloor storage in the back and a central cubby in the front with room for a 1.5-litre bottle of water, as well as a glovebox in the dashboard. 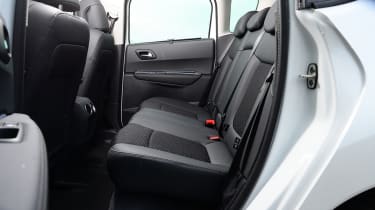 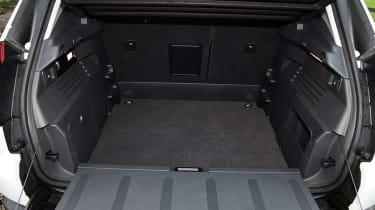 Even with the rear seats in place, the Peugeot 3008 has 512 litres of boot space, which compares well with rivals such as the Nissan Qashqai (430 litres), Skoda Yeti (416 litres) and Volkswagen Tiguan (470 litres). The boot has also been practically designed, so it splits leaving no load lip and somewhere to sit if needed, and there’s also a false floor for hiding your valuables. Folding down the seats frees up 1,604 litres of capacity in total, as well as giving you a completely flat boot floor.

Anyone buying the Peugeot 3008 for towing should note that models fitted with the automated manual gearbox can only pull up to 1,090kg. The 113bhp diesel model is better, with a maximum towing weight of 1,300kg, while the rest of the range maxes out at 1,500kg.