Renault has built up an excellent reputation for safety over the years and the latest Renault Clio in no exception. Reliability could be a concern, though, with our latest survey finding customers are still dissatisfied in this area.

The standard Renault Clio was rated poorly for reliability in our 2017 Driver Power owner satisfaction survey of cars currently on sale in the UK. Of the owners who responded, 13.3% reported experiencing a problem with their car at least once. 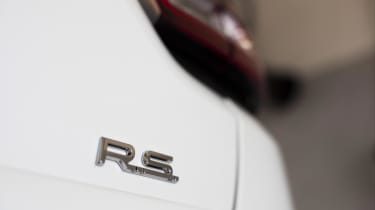 The Clio was awarded the maximum five stars when it was crash-tested by Euro NCAP, scoring 88% for adult occupant protection and 89% for child occupant protection. These scores more or less match what the Ford Fiesta and Peugeot 208 achieved. The car’s passenger compartment remained stable in the front-impact test, while it scored maximum points in the side-impact test. The tougher side-post test revealed that rib protection could be better.

In common with many other cars tested, the Clio didn’t wholly impress the testers when it came to pedestrian protection – areas of the bonnet likely to be struck by a person’s head in the event of an accident were rated as offering poor protection. The Clio has a switch to turn off the passenger airbag, and whether it’s on or off is clearly displayed to the driver. Optional safety features are limited to items such as rear parking sensors (£215) or a reversing camera (£250).