Euro NCAP awarded the Audi A3 hatchback, on which the A3 Sportback is based, five stars in its crash tests. Owners who responded to our 2019 Driver Power satisfaction survey placed the A3 range mid-way in the reliability rankings. 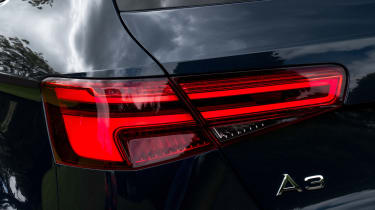 The Audi A3 range was rated average for reliability in our 2019 Driver Power owner satisfaction survey of cars currently on sale in the UK. Of the owners who responded, 16% reported experiencing a problem with their car at least once. Overall, it ranked 69th out of the top 100 cars on our list.

However, when parts fail they’re likely to be expensive, so Audi’s 60,000-mile warranty may be worth extending – something it’s possible to do either when you buy the car at first or when the original warranty expires.

The A3 Sportback was awarded five out of five stars for crash safety by testing body Euro NCAP. Driver, passenger-side body, head and knee airbags are all standard, in addition to front seatbelt pre-tensioners and an adaptive brake light that flashes during an emergency stop to warn following drivers.

Optional safety equipment includes rear cross-traffic alert to take some of the stress out of reversing, and Audi’s Traffic Jam Assist system. This uses adaptive cruise control to help keep pace with traffic for you, as well as automatically steering and applying the brakes at speeds up to 37mph.

In a low-speed crash with a pedestrian, the active bonnet creates more space between it and the engine to reduce injury. Meanwhile, electronic stability control keeps the car on the straight and narrow by braking individual wheels to prevent skids on slippery roads.