The styling of the BMW X4 leads to compromises

There are certainly many more practical SUVs available on the market, but the BMW X4 is really about offering SUV styling with sportier looks and performance, along with reasonable day-to-day practicality and some off-road ability.

If you're unsure whether the X4 is right for you and your needs, you’ll need to decide if you’re happy to sacrifice some of the X3's practicality for this car's sportier styling and handling. 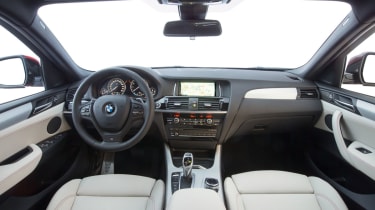 The main concern for passengers in the back of cars with sloping coupe rooflines is limited headroom, which can make long journeys literally a pain in the neck. Happily, BMW has avoided this effect in the X4 – although any adults sitting on the slightly raised central rear seat will find things a bit cramped. Elsewhere, cabin storage is much the same as for the X3, so you get deep door bins and a large glovebox to hold water bottles and other odds and ends.

The X4’s boot is slightly smaller than that of the X3’s, with a less practical shape and opening thanks to the downward sweep of the roof. The design of the rear of the car also makes rear visibility virtually non-existent. 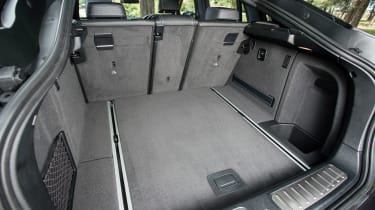 A fully electric tow bar is a £750 option on the BMW X4, which is a pretty capable towing vehicle by all accounts. The 20d can manage a maximum braked trailer load of 2,000kg, while the 30d and 35d can pull 2,400kg, which is on a par with the Range Rover Velar.