The Peugeot 508 didn’t rank in the 75 models listed in our 2017 Driver Power survey, but owner feedback from our 2016 Driver Power customer satisfaction survey showed that Peugeot’s standing increased greatly in previous years. In 2013, it was rated second-last out of 32 brands surveyed, but in 2014, it jumped to 14th place and the 2015 survey saw another surge, to 10th. Unfortunately, this trend reversed slightly in our 2016 poll, where Peugeot dropped to 17th place out of 32 manufacturers. Owners rate the 508 highly for comfort and its spacious interior and build quality score well, too.

In our 2016 Driver Power customer satisfaction survey, the 508 came 83rd out of 150 cars – an average result, at best. The car’s build quality, seat comfort and running costs were praised, but a 109th-place finish for reliability indicates the 508 isn’t as dependable as many owners would like. 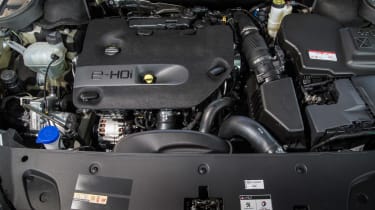 The Peugeot 508 benefits from a strong safety record – it scored the maximum five stars in Euro NCAP crash tests and received a very impressive 97% rating for its active safety systems. They include the likes of Peugeot’s SOS system – a clever optional extra that automatically contacts the emergency services and notifies them of your location via GPS in the event of an accident.