The Peugeot 508’s 4.8-metre length helps it out here, as there’s loads of space inside. It’s about the same size as a Ford Mondeo, so there’s plenty of room. Occupants aren’t going to struggle for head or legroom regardless of whether they're sitting in the front or back. The 508’s window pillars also don’t obstruct too much of your view, so overall visibility is good. However, the boot trails rivals for size and interior storage options aren't very well thought out.

Space inside is generous thanks in part to the 508’s dimensions. In the back, both head and legroom are very good, even for tall adults, and the central seat isn’t quite the afterthought you might expect, as there’s enough shoulder room and space in the footwell for most passengers to feel comfortable. 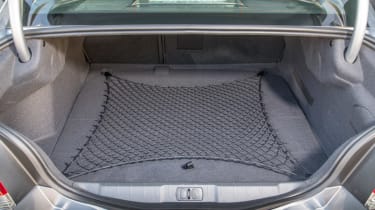 Although the cabin is spacious, it’s hamstrung by limited storage spaces. The door bins are large enough to pass Carbuyer’s stringent ‘big bottle’ test, but they’re awkwardly placed, so reaching into them can be a pain, particularly if you’re driving. Plus, the cup-holders attached to the dashboard have no base, so smaller bottles and cups will simply fall through. The glovebox is pretty small, too, so you may have to find somewhere else for anything larger than a small map or large bottle. 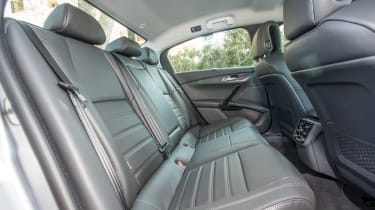 Overall, the boot is a decent size at 473 litres, but it seems small compared to the 540-litre boot of the Ford Mondeo or the 586 litres on offer in the Volkswagen Passat - although both of these cars are hatchbacks, and innately more practical as a result. However, the 508’s actual boot opening is large for a saloon and the lip is quite small, so getting awkward items in or out shouldn’t be too much trouble.

As is usually the case, the 508’s capability as a tow car is determined by your engine choice. The 118bhp 1.6-litre gives it a towing limit of 1,475kg, while the 148bhp 2.0-litre sees the number rise to 1,875kg - the highest capacity in the range. The 178bhp automatic can tow 1,575kg, possibly limited by its gearbox, but this should still be enough to tow a medium-sized caravan.