The Suzuki Swift's safety record is impressive, but ownership might not satisfy

The Suzuki Swift could be a bit of a mixed bag when it comes to long-term ownership, with owners we spoke to praising the car's handling but being dissatisfied overall with the ownership experience.

There should be no qualms when it comes to safety, though, with the Swift scoring a very strong result in the industry-standard Euro NCAP crash tests. 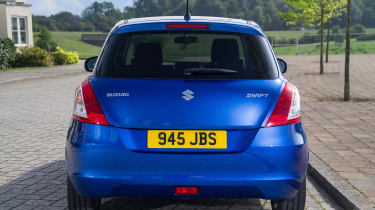 In our 2016 Driver Power customer satisfaction survey, the Suzuki Swift charted in 58th place out of 150 cars covered, a great result for such a modest car. Owners were vocal in their praise of the way the Swift drives, its reliability and its low running costs. However, they weren’t especially impressed by its practicality.

As a brand, Suzuki ranked 19th out of 32 manufacturers. Customers love the low running costs of its cars, with the brand finishing fifth overall in that area. Reliability was strongly rated, too – Suzuki finishing seventh overall here.

However, owners also rated Suzuki second-to-last out of all manufacturers for overall satisfaction, which suggests the experience of owning one of its cars might not be as good as what you get if you go for a Ford, Renault or Volkswagen.

The Suzuki Swift scored very highly in Euro NCAP crash tests. It was awarded the maximum five stars, with impressive ratings particularly in the important adult and child protection categories. It compares well with similar superminis like the Peugeot 208 and VW Polo, so you won't have any qualms about its safety.

The list of standard safety equipment is extensive, with seven airbags, anti-lock brakes and electronic stability control being fitted to all models in the range.