An improvement on previous versions of the Suzuki Swift, but lacks the flair and class of rivals

Interiors have never been a Suzuki Swift highlight, but the latest version has certainly made considerable progress. However, while it looks attractive, it’s still let down by a lack of attention to detail – an area where some rivals really excel.

The Swift isn’t as relaxing to travel in as some other superminis, either – there’s quite a lot of wind noise at cruising speeds and the ride is on the bouncy side, even on smooth roads. 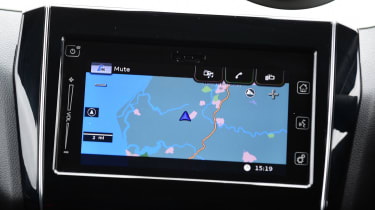 On first impressions, the latest Swift impresses with a dashboard that shows a lot more design finesse than before. The double binnacle housing for the speedometer and rev counter lends a sporty air, as do the round air vents and chunky steering wheel.

The pleasing feel continues when you operate the switches, all of which seem solid and dependable. That also sums up how the dashboard has been put together – it should last a long time. What it doesn’t offer, though, is tactile reward.

Many of the Swift’s rivals use interior materials that are soft to the touch and also do a better job of creating a welcoming ambience than the Suzuki. Its coloured dashboard insert helps to break up the darkness, but the surfaces are more about durability than delight. It would be nice to have both. As it is, the Swift feels of a lesser quality next to more polished rivals like the Fiesta and Polo.

The latest Swift range opens with the SZ3 trim level, available only with the 1.2-litre Dualjet engine. It’s far from spartan, with DAB radio, Bluetooth and a leather-trimmed steering wheel, but its steel wheels with plastic trims, manually wound rear windows and the lack of a touchscreen hint that it’s the price leader of the range.

The SZ-T model adds a seven-inch touchscreen with Apple CarPlay, Android Auto and Mirrorlink, as well as a reversing camera. On the outside it’s distinguished by 16-inch alloy wheels and front foglights.

When it was available, the SZ5 topped the range and offered a comprehensive kit list, running to sat nav, climate control, LED headlights and rear lights, all-round electric windows and power-folding door mirrors. It also adds reach adjustment to the steering wheel – something that really ought to be standard on every version.

This is also true of safety equipment. Only the SZ5 has a forward-facing camera and laser sensors – they provide data for the car’s adaptive cruise control and autonomous emergency braking system – as well as auto-dipping headlights. 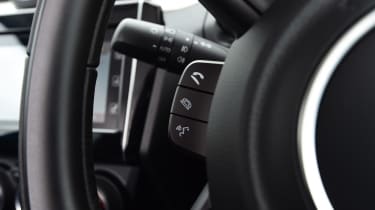 Another area where the Suzuki Swift hasn’t kept pace with rivals is infotainment. Entry-level cars have a fairly old-fashioned radio, albeit one that incorporates DAB and Bluetooth phone connection. You have to move up to the SZ-T trim level for a modern touchscreen system with Apple CarPlay, Android Auto and MirrorLink capability.

Suzuki’s effort doesn’t really impress, though. Its seven-inch screen size is fine, but the display isn’t the clearest and the controls aren’t very responsive – a long pause between command and action hints that the computer chip powering it isn’t quite up to the task. On SZ5 models this frustrates when you’re trying to enter an address into the sat nav.

We’d say the system is worth having, but it's a long way short of the standards that modern European superminis can offer.