Dear Carbuyer, I’m looking for a fun and funky SUV that’s both small and practical. My budget is £12,000, so what can you recommend? 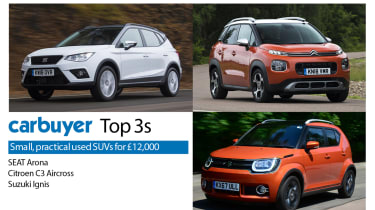 There’s a wide range of small SUVs to choose from as the rapidly expanding collection of brand new crossovers filters through to the used market. The question is, how many of them could be described as fun and practical? With a £12,000 budget there should be something a little different to suit our buyer’s tastes.

SUVs can be a good choice if you’ve got small children you need to fit in the back of your car, as the higher seating position means you won’t need to hunch over quite so far to buckle them in or fix a baby seat. An SUV can also be beneficial if you’re suffering from an injury or disability that makes it harder for you to climb in and out of a hatchback that’s lower to the ground.

Of course, it’s the larger SUVs that offer the most practicality but there are drawbacks; they’re typically more expensive to buy and run, while manoeuvering them in tight spaces is more difficult.

With dimensions often not much larger than a hatchback, small SUVs can still be very practical but are generally easier to park and drive around town, while often being more fun to drive than large SUVs due to their lower weight and centre of gravity. Audi’s Q7, for example, is a significant 675kg heavier than the smaller Q3.

The small SUV market is packed with options. There are mid-sized models like the Nissan Qashqai and the Kia Sportage, while premium brands also have a presence. BMW is not unusual in offering a whole range of compact SUV models, in this case from the X1 to the X4.

With our buyer focusing on small, funky models that are fun to drive, however, we’ve decided to concentrate on more compact models that are based on small-car platforms. Even cars on this scale deliver easier access than you’ll get in a similarly sized supermini, often offering vibrant design and nimble driving characteristics that are perfect for towns and cities too.

Below are our top three picks for a fun and funky small SUV that doesn’t sacrifice practicality and costs £12,000 or less.

The SEAT Arona is easily the most fun to drive of these three compact SUVs. Its six-speed gearbox is a pleasure to use, while the three-cylinder 1.0-litre engines have bags of character, and provide a fair amount of shove.

The car offers a nicely weighted, precise steering set-up and a well damped, comfortable suspension system in standard trim. However, the sports suspension fitted to FR and FR Sport trims can be unforgiving, making ridges and motorway jolts more noticeable. 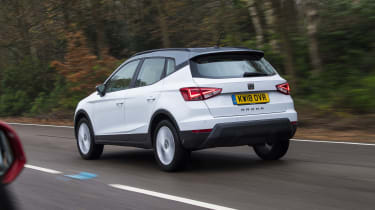 Inside, the Arona is well appointed, with even the most basic SE trim getting a leather steering wheel, a colour infotainment system and air-conditioning. There’s plenty of space, while the high driving position provides easy access and good visibility.

The Arona’s 1.0-litre three-cylinder petrol engine is available with 99 or 113bhp, and its thrummy character makes it easy to recommend. Despite being a heavier unit, the 94bhp 1.6-litre diesel also suits the Arona well, providing enough torque to make it a thoroughly undemanding car to drive. 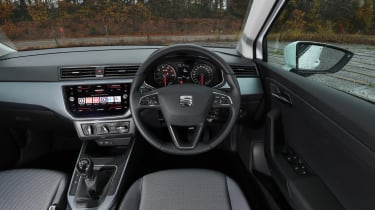 The Citroen C3 Aircross isn’t as sporty as the Arona, but what it lacks in involvement it makes up for in comfort. Its softer suspension soaks up road imperfections well, with only the most severe bumps intruding into the cabin.

While most users will rarely use their cars off road, you can get the Aircross with Citroen’s Grip Control system to improve its ability away from tarmac. Plus the rounded, distinctive looks help the car stand out from other small SUVs. In a crowded market, that may add to its appeal. 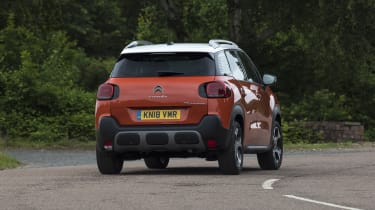 Like the Arona, the C3 Aircross has raised suspension and a lofty driving position, so it’s easy to get in and out of. But the Aircross also has Citroen’s “Advanced Comfort” seats, which are wider and more cushioned than those in most compact SUVs.

Buyers have the choice of three petrol and two diesel engines, but we suggest you opt for the mid-range 109bhp 1.2-litre three-cylinder petrol unit. It’s refined enough, gives the best compromise between performance and economy, and is available with a six-speed automatic gearbox. 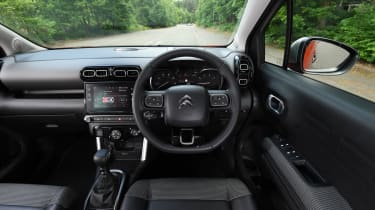 Unlike the SEAT and Citroen, the Suzuki is an A-segment city car rather than a B-segment SUV, but it makes up for its diminutive dimensions with a high-riding suspension set-up, a raised driving position and clever packaging.

Also, while the C3 Aircross can come with a clever traction control system that tries to mimic the abilities of a four-wheel-drive set-up, the Ignis Allgrip is a true 4x4, so it’s likely to appeal to buyers who need the added grip you get from having four driven wheels. 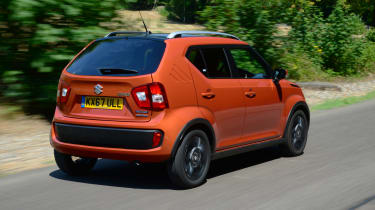 The Ignis’s interior is stylish, featuring a two-tone dashboard and body-coloured trim. It also comes with a good range of standard equipment, but Suzuki has sacrificed some quality; the plastics are scratchy and the seats are unsupportive.

Suzuki offers two versions of the 1.2-litre petrol engine: standard or SHVS. This second set-up uses the same engine and has the same power output (89bhp), but boosts economy slightly thanks to a mild-hybrid energy-recovery system. The Ignis’s soft ride isn’t as refined as in either of these two rivals. 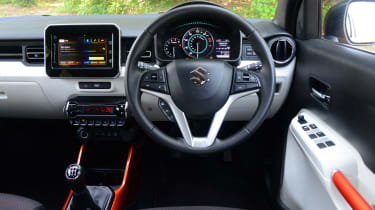 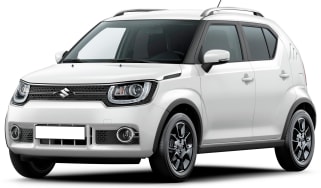