Toyota has an enviable reputation for building reliable cars, but although the Toyota Verso scored a full-five star rating when it was crash-tested in 2010, car safety standards have improved, meaning more modern rivals could prove safer in a collision.

The Toyota Verso didn’t feature in our 2018 Driver Power owner satisfaction survey, but Toyota as brand finished 12th overall. 12% of owners reported one or more faults in the first year, and every Toyota comes with a five-year warranty. 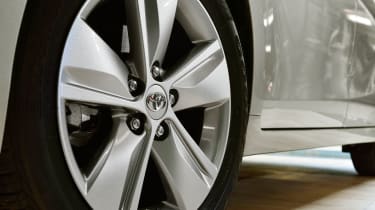 In 2010, the Toyota Verso was crash-tested for safety by Euro NCAP and scored the maximum five-star rating. All models are fitted with the same range of safety kit, so you’ll lose nothing in this respect by choosing a cheaper version.

The Verso gets seven airbags as standard, as well as electronic stability control, traction control and a seatbelt warning buzzer that covers both the front and rear seats. It's also kitted out with Toyota Safety Sense technology, regardless of trim level. This includes lane-departure warning, auto-dipping headlights and a system which can brake automatically if a collision is imminent.

In Euro NCAP tests the Verso was rated ‘good’ for adult occupant protection, although whiplash protection in the event of a rear-end impact was rated only ‘average’. Of course, this is an MPV, so child protection is a priority, and in this respect the Toyota Verso was also rated as ‘good’.