The Volkswagen Scirocco is reliable and safe, but owners have criticised its practicality

The Scirocco’s most recent appearance in our Driver Power owner satisfaction survey was in 2015, where the car finished mid-table, 99th out of 200 cars overall. Performance was highly rated (it came in 50th place here) and handling even more so (34th). However, it was ranked 128th for reliability and drivers did mark it down heavily for practicality, where it finished at 194th out of 200 cars. 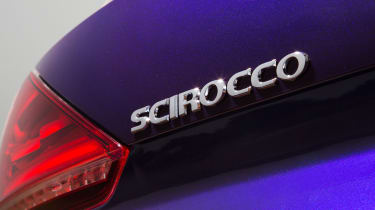 In 2016’s survey Volkswagen itself came 24th out of 32 manufacturers. It seems reliability is beginning to raise questions, a worry for a brand with a reputation for durability. It’s also a shame that VW’s warranty only covers the first three years or 60,000 miles of ownership, when some rivals offer five or even seven years of cover.

The Volkswagen Scirocco received a five-star rating when it was crash-tested for safety by Euro NCAP. It scored 87% for adult occupant protection and 73% for child protection, however pedestrian protection was rated at 53%.

The Vauxhall Astra GTC earned the full five stars, while the Audi TT earned a four-star rating in 2015. The BMW 2 Series hasn’t yet been tested.

The Volkswagen Scirocco has side and curtain as well as driver and front passenger airbags, along with electronic stability control. ISOFIX mountings in the rear are fitted as standard if you need to fit a child seat.

It's worth seeking out models with options such as a rear-view camera, front and rear parking sensors with assistance or a driver alertness sensor, which warns the driver to take a break when needed.