"The Volkswagen Scirocco is a stylish coupe that’s fun to drive, but it’s no longer available to buy new"

The resurrection of the Volkswagen Scirocco got VW fans very excited indeed. Like the original Scirocco from the 1970s, the latest, third-generation model built on the solid foundations of the Golf, but added a sleek, coupe twist.

Although now discontinued, the Scirocco is based on the fifth-generation Volkswagen Golf. It launched into a market which would, in time, include models like the Peugeot RCZ, SEAT Leon SC and the go-to model in the class, the Audi TT. Like those models, it blended handsome, sporty looks with reasonable practicality, making it a useable car day-to-day.

To that end, many owners chose diesel power. There are two versions available, with 148bhp or 182bhp, although you’ll need to choose a higher-spec trim to access the more powerful engine. Both are efficient, though, with the 148bhp claiming 67.3mpg, which betters the 60.1mpg claimed by the 182bhp version.

If you think the Scirocco’s coupe looks are better complemented by a petrol engine, you’re equally well serviced. The range kicks off with a 1.4-litre engine with 123bhp, but it’s worth hunting out the 2.0-litre TSI if you want a sporty drive. Most models pack 178bhp, which is more than enough for most, but the GTS trim packed 217bhp, which is good for a 6.5 -econd 0-62mph time. 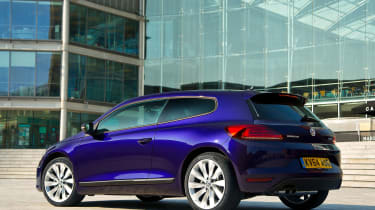 The Volkswagen Scirocco R sits above this in the range, offering 276bhp for a 5.7-second 0-62mph dash.

Every engine in the line-up except the 1.4-litre gets the option of a DSG automatic gearbox for around £1,500, which suits the car well but has a small impact on running costs.

The R-Line trims are harder to justify, as they mainly alter the styling of the car, while the GTS version has a unique makeover with GTS logos and racing stripes and is only available with one high-performance petrol engine.

With excellent engines and styling, the Scirocco is easy to like, but we also find it expensive next to rivals. The Scirocco can also fall foul of comparisons with the Golf, especially the three-door GTD and GTI, which are cheaper, far more practical and more up-to-date. They’re also even better to drive.

The Scirocco also faces stiff competition from the Peugeot RCZ, which is attractive, fun to drive and came 67th in our 2016 Driver Power owner satisfaction survey. The VW didn’t appear in the results, but came 99th in 2015. You can rely on the Scirocco to be safe, however, with a five-star score from Euro NCAP. 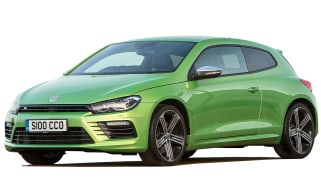 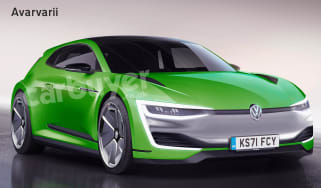 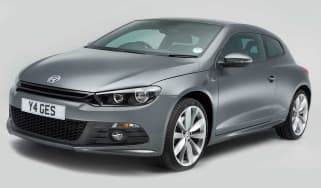 As a stylish but sensible secondhand coupe, the Volkswagen Scirocco makes a lot of sense
Volkswagen reveals new Scirocco GTS 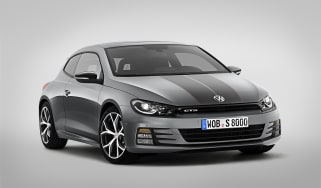 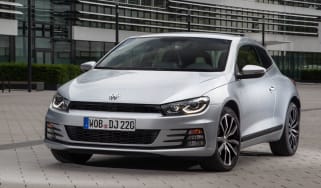 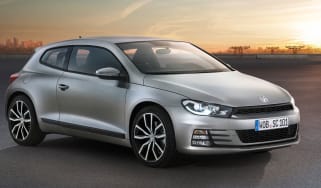