Just one look at the Sharan from the outside suggests it’s going to be large and spacious inside – and it is. VW has also boosted practicality with lots of clever and helpful extras, making this a very versatile family car, indeed.

Headroom and legroom for all passengers is good, but if you’re planning to transport adults in the third row, you may be best off going for the six-seater Executive model rather than the regular seven-seater. 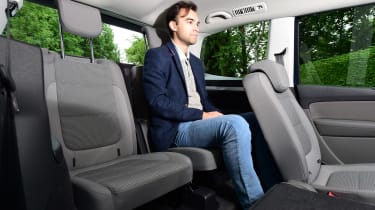 In addition, your VW dealer can add useful accessories such as a roof box, a bicycle holder, a cool box and a dog guard. 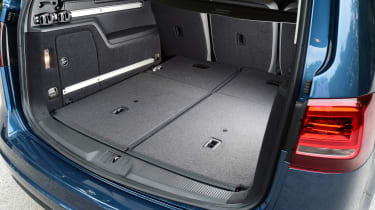 Even with all seven seats in space, the Sharan boasts a 300-litre boot, which is pretty good for an MPV. If you’ve got some furniture to move, dropping all the seats down boosts that space to a van-like 2,297 litres. But the Sharan is about more than just sheer carrying capacity – it’s versatile and adaptable, too. You can collapse the third-row seat into the boot floor and keep them for occasional use, leaving you with a very spacious five-seater, for example.

The Sharan makes a good tow car, especially with one of the more powerful diesel engines fitted. The 1.4-litre petrol models have a max towing capacity of 2,000kg, while both diesels boost that to 2,300kg.