We might not know how reliable the XC40 will be for a few years to come, but safety is in keeping with Volvo’s impeccable reputation for making cars that protect your family, and increasingly, those around you on the road, too.

The Volvo XC40 is built on a new platform for Volvo, so trying to assess its potential reliability is fraught with difficulty. Its engines are tried and tested though, fitted in models including the XC90, XC60, V60 and V90, with a good reputation for covering many miles without incident. This is also far from the first outing for Volvo’s complex Sensus infotainment system, so any issues should have been resolved here, too.

In our 2020 Driver Power owner satisfaction survey, the XC40 finished in an impressive 14th place out of 75 cars. Owners spoke highly of its reliability and build quality, but were less impressed by the looks and fuel economy. Just under 16% of owners reported a fault within the first year of ownership.

Volvo as a brand performed similarly impressively, finishing in 10th place out of 30 manufacturers. Overall, 20.5% of owners suffered a fault with their cars in the first year. 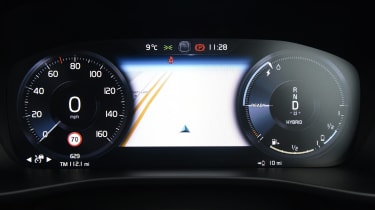 The Volvo XC40 has been given five stars in independent Euro NCAP crash tests, with impressive scores across the board that make it the safest small SUV. A 97% score for adult occupant protection is certainly reassuring, along with a high 87% score for child occupants.

Perhaps the car's key safety technology is City Safety autonomous emergency braking, which can not only detect vehicles, but pedestrians, cyclists and even large animals, helping prevent collisions or at least lessen their severity. There are also systems to help keep the car on the road, and prevent it heading towards oncoming traffic, all fitted as standard.

Every XC40 also comes with Volvo On Call, a smartphone app and emergency assistance package that allows you to control some functions of the car remotely (like locking and unlocking), and can alert the emergency services if you're involved in a crash.