"The Alfa Romeo 4C is a two-seater sports car that offers supermodel looks and supercar thrills at an affordable price. It's just a shame the driving experience doesn't match its looks."&nbsp;

When it was introduced in 2013, the Alfa Romeo 4C was arguably the biggest shift in the firm’s model range, which then entirely consisted of front-wheel-drive hatchbacks. Now discontinued, the 4C played a pivotal role in the evolution of the firm’s model line-up with cars such as the Giulia saloon and Stelvio SUV.

The 4C coupe was later joined by a 4C Spyder, which is still on sale until the end of this year. What makes the 4C so unique is that it is like nothing the carmaker has offered in the past. It’s a strict two-seater sports car, with a mid-mounted engine and rear-wheel drive. It’s construction is a mix of aluminium and ultra-strong carbon-fibre, materials that means it weighs less than a Volkwagen up! city car - tipping the scales at only 895kg.

Powering the 4C is a small turbocharged 1.75-litre petrol engine, which despite its small size produces 237bhp. Combining this power output with the light kerbweight gives the 4C brisk performance with the 0-62mph dash completed in 4.5 seconds, and real agility, thanks to the 4C’s razor-sharp responses to your steering inputs. This low weight means it’s even reasonably economical. 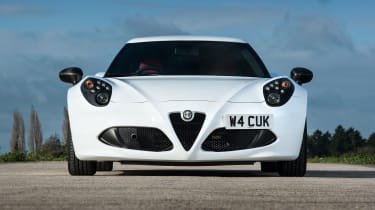 We would struggle to recommend the 4C as an everyday car, though. Those lightning reflexes come at the cost of extremely firm suspension, which jars and crashes over bumps and uneven roads. Many will dislike the lack of a manual gearbox option, too, and there are aspects of the 4C’s quality that disappoint for such an expensive car.

The high price is put in focus when you consider that the Porsche 718 Cayman S costs less to buy, is similarly quick and a lot more comfortable, while the equally focused Lotus Elise costs far less, even in its most powerful variant.

However, there's a brio to the Italian sports car that gives it an appeal all of its own. It certainly looks the part, and many will fall for its thoroughbred image. On the right road, in the right mood, the Alfa 4C comes to life. 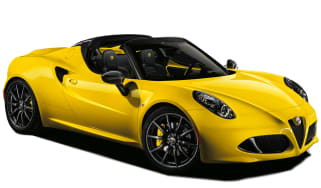 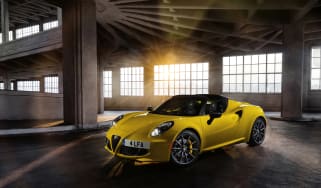 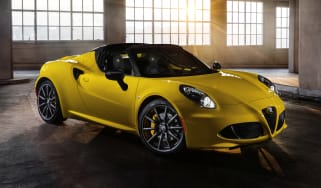 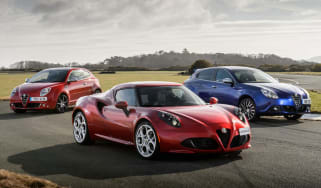