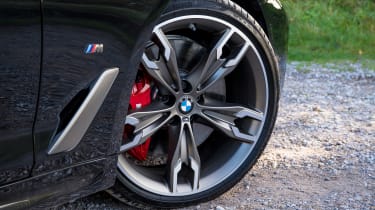 The BMW 5 Series was awarded five stars in Euro NCAP crash-testing and it offers a wide range of sophisticated safety features. As it was launched so recently, a reliability score is difficult to award, although some reassurance can be taken in the good showing of the previous 5 Series in our annual Driver Power customer satisfaction surveys.

BMW as a brand came 27th out of 30 manufacturers in our 2020 Driver Power survey, one place ahead of Mercedes but behind Audi (21st), Jaguar (12th) and Lexus in the top spot.

The 5 Series itself fared rather better, coming 40th out of the top 100 cars sold in the UK. Still, an above average 20.8% of owners told us they'd experienced one or more faults in the first year, with engine issues most common. Despite this it still scored well for build quality. 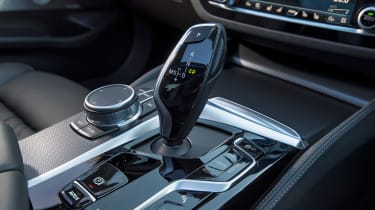 When the 5 Series underwent crash safety testing by independent experts Euro NCAP, it was awarded a five-star rating, with an excellent adult occupant safety score of 91%. An 85% score was given for the way child occupants were protected. The organisation was also impressed by the effectiveness of the car’s autonomous emergency braking system.

This is part of a £900 Driving Assistant pack, which also includes a lane-departure warning system and rear cross-traffic alert; this mitigates the likelihood of a collision during reversing manoeuvres. Spending a further £1,300 or so turns this kit into the Driving Assistant Plus, which adds features like adaptive cruise control for a semi-autonomous driving experience.

A serious amount of safety technology is available optionally, which is particularly desirable if you spend a lot of time behind the wheel. Driving Assistant Professional adds camera and radar-based driver assistance that can help the driver stay in their lane and at the correct speed, while looking out for any potential danger. One interesting new feature is BMW Drive Recorder, which uses the car's numerous cameras to record video clips if the vehicle is involved in a collision.