BMW has always enjoyed a desirable reputation, but this is built more on the brand's association with sporty driving manners, healthy residual values and an aspirational image than an especially keen owner satisfaction record. Owners aren't all delighted by the way their dealers perform, even if most are satisfied by the cars themselves. BMW safety, though, is beyond dispute, and every model has a long list of standard safety equipment.

Out of 30 brands surveyed in our 2020 Driver Power survey BMW stands in 27th place overall – behind Audi but one spot ahead of rivals Mercedes. One reason for owner dissatisfaction is that 20.4% reported at least one issue with their car during the first year of ownership.

Infotainment and connectivity were praised, as was acceleration. Neither the X4 nor the latest BMW X3 have individually featured in our survey, though. 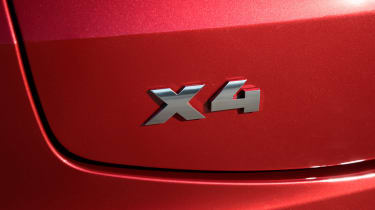 The X4's mechanical twin, the BMW X3, was awarded the full five stars after independent crash-testing by the experts Euro NCAP, and the same rating is expected to apply to the X4, too. An adult occupant protection score of 93% was given, with an 84% rating for child protection.

Crash avoidance is helped by standard autonomous emergency braking, which can be extended to incorporate an active cruise-control system that'll match the speed of the car in front, even in stop-start traffic. Lane-keeping assistance is available; this makes gentle steering inputs to maintain your lane position, while there are also systems available to warn of traffic crossing ahead.