The tried-and-tested Dacia Sandero Stepway mechanicals should be robust, but owners only rated the Sandero as poor for reliability

Dacia might be a relative newcomer to the UK car market, but under the skin are tried-and-tested Renault mechanicals.

The standard Dacia Sandero was rated poorly for reliability in our 2017 Driver Power owner satisfaction survey of cars currently on sale in the UK. This is backed up by the results of the 2018 Driver Power survey where Dacia was the lowest ranked manufacturer and the Sandero and Sandero Stepway models placed 75th out of 75 cars. Of the owners who responded, 15.2% reported experiencing a problem with their car at least once. Of these issues, electrical faults were the most common.

Owners praised the fuel economy and low running costs of the Sandero, along with its comfort and practicality. Scores were less flattering where the infotainment system, build quality and exterior design. 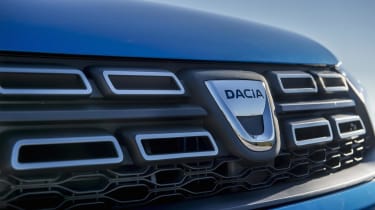 All models come with driver and front passenger airbags, plus side airbags. There’s also electronic stability control and traction control, plus anti-lock brakes with a system to keep the car pointing forwards even when two wheels are braking on a slippery surface. The Sandero Stepway will also let you know when one of its tyres is losing pressure.

The Euro NCAP crash-test body has evaluated the Sandero Stepway’s sister car, the Sandero hatchback, giving it a score of four stars out of five. That’s acceptable, but in truth anything less than the full five stars these days is a bit disappointing. A score of 80% for adult occupant protection proves the Sandero is a strong car, but a lack of advanced safety features like autonomous emergency braking and lane-keeping assistance reduce its overall rating.