British sports car brand Lotus has revealed its first-ever SUV, dubbed the Lotus Eletre. This new model adopts a fully-electric powertrain and will go on to rival other electric performance SUVs, such as the Tesla Model X and the BMW iX. 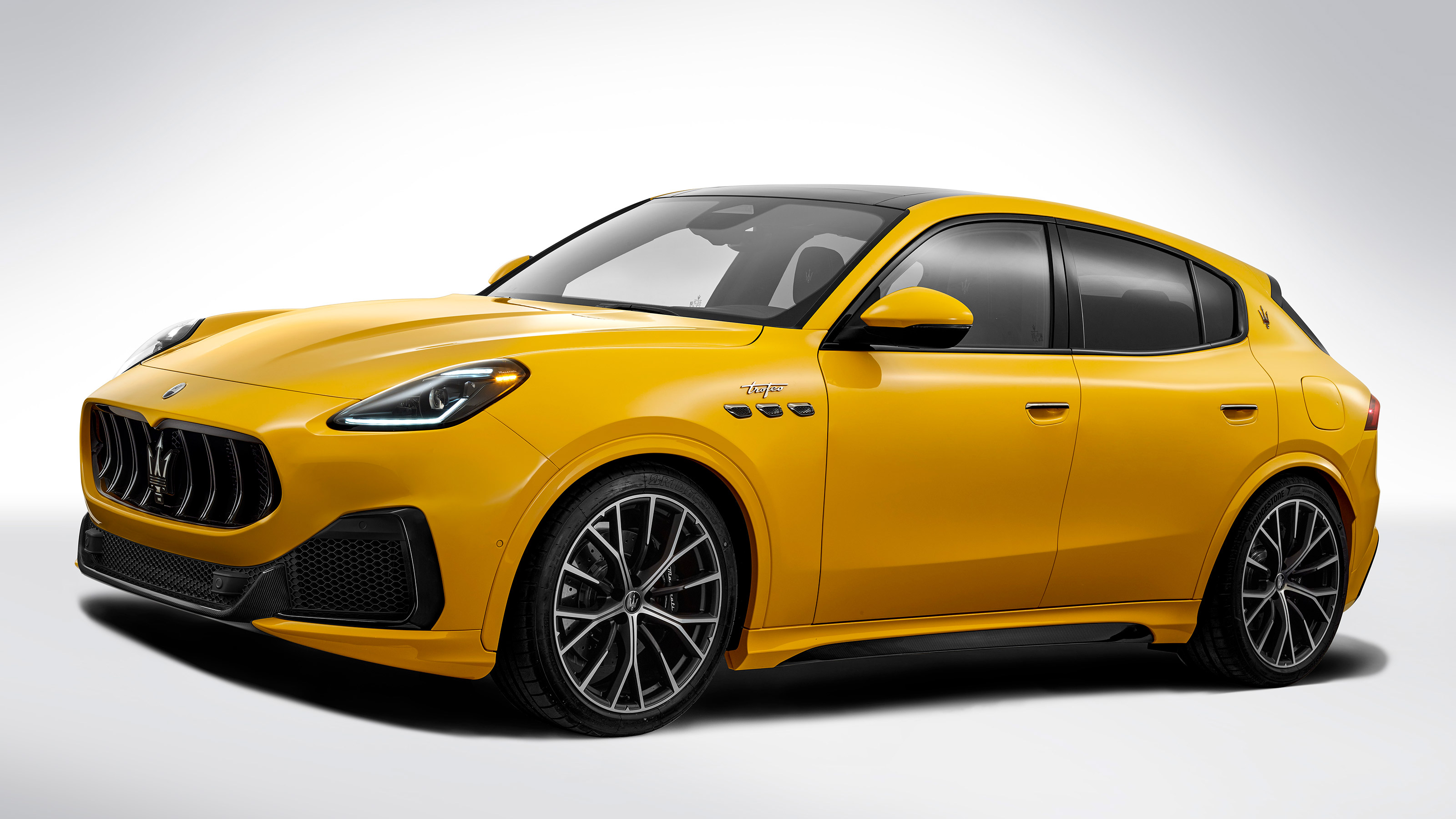 Pricing has yet to be announced, but we expect the Eletre to start from well over £100,000 when it goes on sale in 2023. Buyers will be able to configure their Lotus Eletre in three different trim levels, all with varying levels of power.

The Eletre is Lotus’ largest car yet, with only the Lotus/Vauxhall Carlton saloon of the 1990s coming even close to it in size. Therefore, the designers have tried to tie the exterior of the Eletre into the rest of the Lotus sports car range. The Eletre adopts a short bonnet - helped by the lack of a combustion engine - that takes its cues from the mid-edgined Emira. At the rear, an LED light bar accentuates the Eletre’s width, while gloss black panels around the bottom of the car helps disguise some of its bulk.

In keeping with the brand's racing heritage, the Lotus Eletre incorporates various aerodynamic elements to aid both performance and efficiency. Active shutters in the grille open and close electronically to either manage cooling or improve aero. Slim wing mirror cameras, flush door handles and roof spoiler ‘winglets’ have also been added to further streamline this SUV.

Eagle-eyed readers will also spot a glossy black square on the Eletre’s roof. This is where Lotus will mount the deployable LIDAR (Light Detection and Ranging) sensors for the car’s autonomous driving function. These can electronically pop up and use laser-scanning technology to survey the road ahead for obstacles.

Inside, the Eletre is a stark contrast to the relatively minimalist interiors of previous Lotus models. The centre of the dashboard is dominated by a large 15.1-inch OLED touchscreen, which can automatically fold flat when not in use. This is flanked by two, slim digital instrument clusters: one for the driver and another for the front passenger. An 800-watt sound system from British loudspeaker specialist KEF is standard, while a 1,500-watt 23-speaker setup is available as an option.

Lotus has used a wool-blend fabric for the upholstery that is said to be 50% lighter than leather. Buyers can choose from either a four seat configuration with figure-hugging sports seats for each occupant, or a more traditional (and practical) five-seater layout.

Speaking of practicality, the Eletre offers plenty of space thanks to its SUV proportions. The rear hatchback provides 400 litres of space, which is boosted by a 77 litre ‘frunk’.

Contrary to the brand’s founder, Colin Chapman’s philosophy of ‘Simplify, then add lightness’, the Eletre’s all-electric powertrain makes it one of Lotus’ most complex and heaviest models yet. That’s not to say that weight saving has gone out of the window, however. Efforts have been made to reduce the amount of heavy cabling required by, for example, mounting the charge port at the front of the car. Lightweight materials including aluminium and carbon-fibre are also used throughout the mechanicals and bodywork to keep the Eletre as spry as possible.

The Eletre sits on the new Lotus ‘Premium Architecture’ electric underpinnings, and utilises a 100kWh battery. Drivers can expect a range of up-to 348 miles with ultra-fast 350kW charging coming as standard. This should provide a full charge in just 18 minutes when connected to one of the handful of compatible public charges in the UK.

While official figures are yet to be announced, Lotus claims power will “range from 592bhp” from the car’s dual-electric motor, all-wheel-drive setup. This will allow the Eletre to achieve 0-62mph in less than three seconds - putting it in-line with the equivalent Tesla Model X Performance.

Behind the wheel, drivers can select one of five driving modes - Range, Tour, Sport, Off-Road and Individual - these all change the characteristics of the car to prioritise performance, comfort or efficiency. Those wanting to further enhance the driving characteristics of their Eletre can also specify adaptive dampers, rear-wheel-steering and an electronic limited slip differential - though these are likely to be costly extras.

Unlike Lotus’ traditional sports cars, the Eletre will not be built at the firm’s factory in Norfolk. Instead, it and other new ‘lifestyle’ models will be constructed at a new £900 million factory in Wuhan, China.

Want something you can take to the track and on the school run? Check out our list of the Top 10 best performance SUVs