There’s a long list of clever safety equipment available on the Ford Fiesta, but much of it costs extra 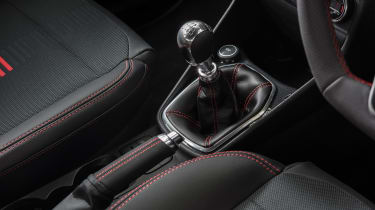 Perhaps a consequence of its huge sales success, the previous generation of Ford Fiesta was marred by a rather average owner satisfaction score. The latest model will need to achieve rather more if it’s to truly reflect the high-quality image Ford is striving for, but recent results show the company still seems to have work to do.

In our 2020 Driver Power owner satisfaction survey, the latest Fiesta ranked disappointingly in 71st out of the top 75 cars ranked. Buyers were impressed with how the car drives, and Ford’s SYNC 3 infotainment system, but few complimented the interior design and comfort, or the safety features. It only received average marks for running costs and reliability, too, the latter highlighted by a slightly above average number of owners reporting faults in the first year.

Overall, Ford itself finished 24th out of 30 brands, one place down on last year, and its ratings broadly matched those of the Fiesta.

The latest Fiesta has been through the rigorous hands of Euro NCAP, an independent organisation that specialises in car crash-testing, earning a five-star rating in the process. Structurally, the latest car’s design is a strengthened evolution of the previous model’s – and that was given a five-star rating when it was tested, albeit under a less strict regime than today. It doubtless contributed to the latest model's impressive score, though – the Fiesta is rated at 87% and 84% respectively for how it protects adults and children in an impact. Pedestrian protection is rated at 64%.

Although a rating of 60% for driver assistance is only average for the class, an impressive list of safety and crash-mitigation equipment is available on the Fiesta either as standard or optionally – it's a shame that autonomous emergency braking costs extra. Lane-departure warning and lane-keeping assistance are both standard on all models, though – the latter applies engine power where necessary to pull you back into your lane if it senses the car leaving its lane without you indicating. You can add a driver assistance features pack that includes traffic-sign recognition and driver fatigue monitoring to the ST-Line X model and above.