The Hyundai i10 could steal sales from the next class up

The Hyundai i10 has grown quite significantly for the latest generation, with 40mm extra between the front and rear wheels of particular note. This has all been devoted to extra passenger space, placing the i10 between traditional city cars and superminis. 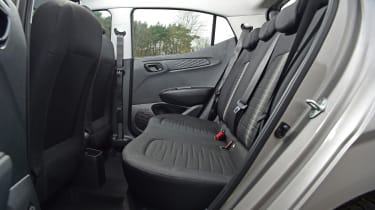 The previous i10 hardly felt small for a car in its class, but the latest model now has rear legroom to compete with cars from the class above. There's some neat touches too, like the standard rear electric windows that go all the way down for an airy feel - the rear windows in the up! are simple pop-out items. Hyundai is also keen to point out the i10 is a full five-seater, in a class where some key rivals like the up!, Citigo e iV and Mii electric only have four sets of seatbelts. 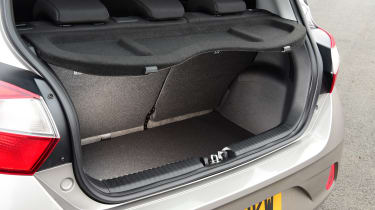 Boot space has stayed the same at 252 litres, but that's hardly a criticism, as this is still a class-leading size and just 40 litres smaller than the Ford Fiesta in the class above.