It’s unfair to comment on the reliability of the Range Rover Velar until it’s been on the road for long enough for plentiful reliability data to have emerged. However, there’s enough background information available to give some colour. At least safety isn't a worry, thanks to a five-star safety rating from Euro NCAP.

Land Rover came 20th in our 2019 Driver Power owner satisfaction survey, which is a marked slide from seventh in 2018. While owners were generally happy across the board, running costs and reliability were the two areas that came in for criticism, and a notable 35.7% of owners reported at least one fault with their car within the first year of ownership. 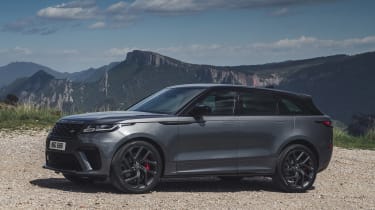 The Range Rover Velar was tested by Euro NCAP in Autumn 2017 and received a reassuring five-star crash-test result. This was the result of impressive scores of 93% and 85% respectively in the adult and child occupant protection categories. The Velar also achieved an impressive 74% for pedestrian safety.