One disadvantage of the EQC’s modified Mercedes GLC platform (thoroughbred EQ electric Mercedes models will arrive later) is a familiar two-box design for its bodywork. It has a traditional lengthy bonnet and, despite being a longer car overall than the Jaguar I-Pace, the distance between its front and rear wheels is shorter, limiting the available interior space. 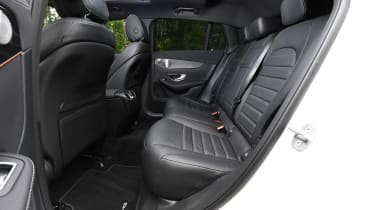 There's still plenty of legroom for most sizes of passenger to get comfortable in the rear seats, but the EQC doesn't pull off the same trick as the I-Pace by offering levels of space from the class above in a smaller overall car. 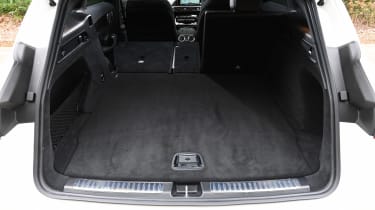 A fairly curved roof and sleek tail also means the 500-litre boot is smaller than the 577 litres found in the Jaguar and the 660-litre cargo capacity of the chunky Audi e-tron.

Unlike most smaller EVs, prospective owners with a caravan or trailer will be pleased to hear the Mercedes EQC can tow up to 1,800kg. This matches the Audi e-tron, while the Jaguar I-Pace doesn't have an official towing figure. The Tesla Model X rules here, though, with a 2,250kg upper limit. An official factory-fitted Mercedes tow bar for the EQC costs £750.