The MINI Countryman has an excellent safety rating, but the brand's reliability has been criticised

The MINI name carries a certain amount of prestige, bringing to mind images of quality the marque is keen to preserve. In recent years its cars have been given rather chequered ratings for owner satisfaction, though, and this is an area that’ll need to be focused on if MINI’s premium image is to prevail. 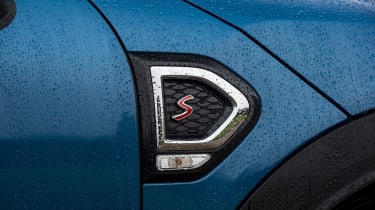 Too few owners of the Countryman responded to our 2020 Driver Power questionnaires for it to feature in the survey. However, the MINI brand came 26th out of 30 manufacturers.

Scores for handling and acceleration were very strong, as were positive comments for MINI's design and interior build quality. However, ride comfort and refinement were less impressive. Around 8% of owners reported one or more faults within the first 12 months of driving.

Safety is rather less of a concern – the Countryman was awarded five stars by the independent crash-test experts at Euro NCAP. A rating of 90% was given for its adult occupant protection, while 80% was awarded for its ability to protect a child in a crash. The organisation recognised that all models have automatic emergency braking as standard, although knee airbags aren’t available.