We take a look at the year's most-read reviews on Carbuyer.co.uk 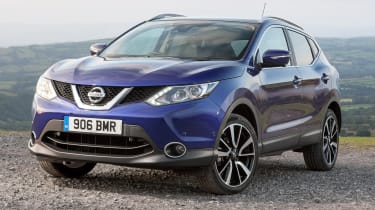 The end of the year is drawing near and what better time to see which reviews have been the most popular on Carbuyer.co.uk in 2015. We’ve compared how many hits every review on the site has received over the past 12 months to see which are the most-read. In the list below, we’ve put the top 10 in order.

The Society of Motor Manufacturers & Traders (SMMT) will release a list of 2015’s bestselling cars in the UK at the start of next month, showing which were the most popular models in the UK. At least four of the cars listed in the list below are all but confirmed as top 10 bestsellers, explaining why their reviews have received so many hits this year.

It’s been another great year for Carbuyer and we’d like to thank all our readers for helping to make it such a successful 2015. It’s clear from compiling this year’s most popular reviews just how many people are reading our reviews generally – we really hope they’ve been helpful.

All the cars on the list scored very well when they were reviewed, with ratings ranging from 4.1 stars all the way up to five. To find out which were the most popular reviews of 2015 on Carbuyer.co.uk, read our top 10 below…

Our write-up of the latest Nissan Qashqai was the most popular review on Carbuyer in 2015 by quite some margin. The second-place Dacia Duster had 62% of the hits by comparison, showing just how keen people have been to read about Nissan’s crossover SUV. One possible explanation for that is that the car has an excellent reputation but hasn’t been around as long as something like the Volkswagen Golf, so people are less familiar with it and want to find out more.

Official sales figures for 2015 have yet to be released, but judging from the first 11 months of the year, the Qashqai is going to finish as the fifth best-selling car in the UK. Nissan will have sold around 60,000 to UK buyers by the end of the year.

The Qashqai scores 4.7 stars out of five in our review, performing well in all categories. Diesel buyers should look at the 1.5-litre model, while the 1.2-litre petrol is our pick for buyers using the car predominantly around town. The mid-range Acenta trim level is our recommendation. 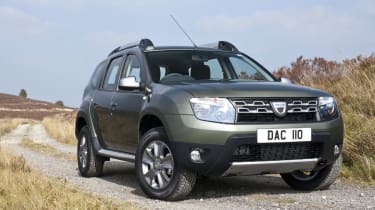 The Duster has been a favourite here at a Carbuyer since it was first launched back in 2012, winning our Car of the Year award in 2013 thanks to its incredible value for money. Visitors to Carbuyer.co.uk are evidently very interested in the compact SUV, as it was the second most-read review on site this year. The car’s low price means it lacks the latest technology and the refinement of more expensive alternatives, but it does mean you can own an SUV for the cost of a cheap hatchback. We gave the car 4.7 out of five when we reviewed the latest version.

The Duster’s relative lack of standard equipment keeps its price down – even a radio is optional on the most basic Access model. For that reason, we’d recommend moving up to mid-range Ambiance. By the time you get to the top-spec Duster model, more accomplished rivals are in the same price bracket – so if you find yourself wishing for more equipment, you might be better off looking at something else. 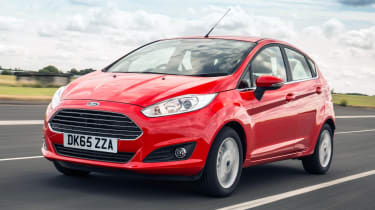 It comes as little surprise to see the Ford Fiesta in the top three most-read reviews on the site in 2015, given that it’s yet again the UK’s best-selling car. Around 130,000 will have been sold in the 12 months up to the end of December, so naturally there are plenty of people out there wanting to read about their potential purchase.

We gave the latest Fiesta 4.4 stars out of five due to its stylish design, impressively economical engines and fun driving characteristics. The petrol EcoBoost engines are our favourites and though many Fiesta buyers go for the top-spec Titanium trim, we also think the slightly cheaper Zetec car supplies plenty of goodies like alloy wheels, DAB digital radio, Bluetooth phone connectivity and air-conditioning. 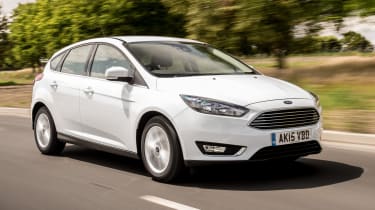 Just like the Ford Fiesta in third place in this list, the Focus is another big seller in the UK, with only the Vauxhall Corsa preventing it from grabbing second spot on the 2015 chart. As a result, our Focus review had almost as many hits as the Fiesta. We gave the Focus 4.4 out of five, because it’s good to drive, comfortable and cheap to run. The EcoBoost petrol engines impress in the Focus as well as the Fiesta, and we agree with buyers that the Titanium trim is the one to go for here, especially as it gets you access to a better range of engines. Dual-zone climate control, rear parking sensors and cruise control are welcome luxuries, too. 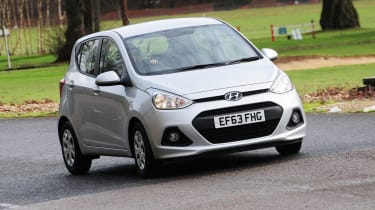 Like the Dacia Duster in second place, the i10 is a Carbuyer award winner. It’s been our Car of the Year in the past and was Best City Car in 2015. The dinky i10 is economical, reliable and nippy around town, plus one of few cars of its size offered with five doors. It’s also one of very few cars on Carbuyer to have scored a near-perfect 4.9 out of five stars, so it’s clearly a model visitors to the site are eager to read more about. The 1.0-litre petrol engine provides enough pep for what the i10 was made for and SE trim, while not luxurious, includes most of the equipment you’ll really need in this type of car. 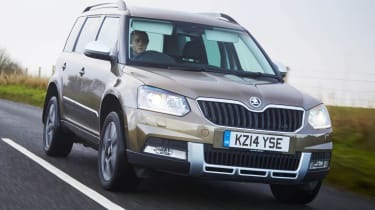 Our sixth most-read review of 2015 was of the Skoda Yeti. The car has proved a big hit with family-car buyers and is one of Skoda’s best-selling models, along with the Fabia. The Yeti scored 4.5 out of five and performs well across the board, particularly for running costs and practicality. We think it makes the most sense with a diesel engine in SE specification, which gets you dual-zone air-conditioning, cruise control and rear parking sensors. 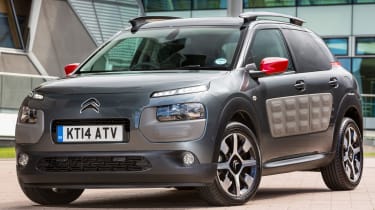 The Citroen C4 Cactus won our Car of the Year award in 2015, so it doesn’t surprise us to see that people are keen to read more about this unusual crossover. It gets five stars in our review, with running costs and practicality being two of the most impressive areas. Our pick of the range is the 110 PureTech petrol engine in mid-range ‘Feel’ trim, which includes air-conditioning and alloy wheels. 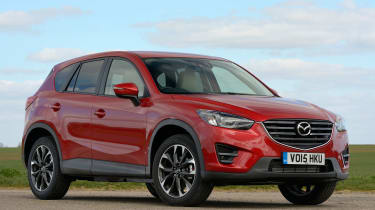 Winner of the Carbuyer Best Winter Car award this year and one of our favourite SUVs, the stylish Mazda CX-5 was our eighth most-read review in 2015. The car scores above four stars in every category, but its highest ratings of 4.7 for running costs and 4.5 for interior and comfort helped it to achieve an excellent overall result of 4.6 out of five.

We think the 2.2-litre diesel engine suits the CX-5 best because of its smooth, powerful character and impressive fuel economy, while the SE-L Nav is our pick of the trim levels. It gets you cruise control, dual-zone climate control, a seven-inch touchscreen infotainment system and DAB digital radio. 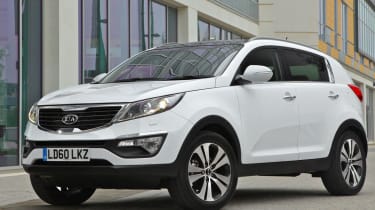 The Sportage has been one of the main alternatives to the Nissan Qashqai for a long time and Kia will redouble its efforts to rival the best-selling crossover by introducing a new Sportage in 2016. There was very little to separate the Sportage and the eighth-place CX-5, but the Mazda just beat the Kia into ninth.

If you’re considering buying a Sportage, you may want to wait and see how good the new one is before you take the plunge. However, the introduction of a new version means the outgoing one, which scores 4.1 out of five in our review, is likely to be available for less. If that appeals to you, look out for Sportage models with the 1.7-litre diesel engine in 2 trim, which includes alloy wheels, dual-zone air-con, a panoramic sunroof, half-leather seats and parking sensors. 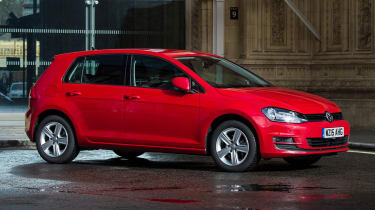 In 10th place on our list is the Volkswagen Golf, which is on course to be the fourth best-selling car in the UK this year, just ahead of the Nissan Qashqai. The seventh-generation model is the best yet and scored 4.6 out of five in our review. For family buyers, the Golf is an excellent proposition; it’s a great all-rounder, as well as being stylish. We know from the sales figures and the number of hits our review received that there are clearly plenty of people considering buying a Golf. If you’re one of them, we recommend a 2.0-litre diesel model or the 1.4-litre TSI petrol, depending on how you use the car. The only drawback of buying a Golf is its slightly high price relative to the competition, but Match trim is a very well equipped car.