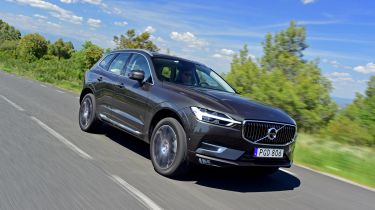 The 2018 World Car Of The Year (WCOTY) winners have been announced, with the top award going to the Volvo XC60 SUV.

Every year, new cars across global markets are judged on their merits by the WCOTY judging panel, which consists of journalists and experts from some of the most famous motoring publications of Asia, North America and Europe. This year's eligible cars must have been sold on at least two continents between January 1 2017 and May 31 2018.

Last year's World Car Of The Year was the Jaguar F-Pace and it's little surprise that an SUV takes the honour this year, given their ongoing popularity.

The results were announced at the New York Motor Show, with the Volvo XC60 voted into the top spot for 2018, challenged closely by the Mazda CX-5 and Range Rover Velar. Its victory will come as good news for Volvo's CEO Håkan Samuelsson, himself winning the title of World Car Person of the Year. Accepting his award at the Geneva Motor Show, he said: “I am pleased to see our company’s product investments paying off.

“We are up against some tough competition, but this award for the XC60 shows that Volvo has the right combination of design, connectivity and safety that appeals to customers across the world.” 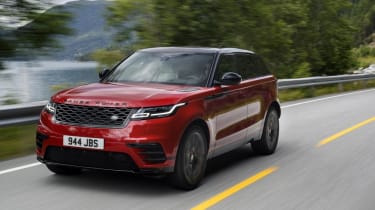 The Range Rover Velar was another big winner, scooping the World Car Design of the Year Award. The prize was collected by Jaguar Land Rover boss Dr Ralf Speth, who said “The Range Rover Velar is an outstanding, superior SUV. Compelling modernity, eye-catching design, innovative Touch Pro Duo infotainment technology and a clear focus on sustainability - what a combination.”

The British-built, all-new Nissan Leaf was named World Green Car of the Year, following its predecessor, which won the overall trophy back in 2011. Germany was well represented in the 2018 awards, too, with the Audi A8 taking the World Luxury Car gong and the BMW M5 named World Performance Car of the year.