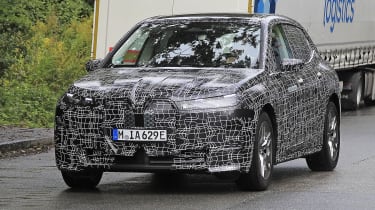 The forthcoming BMW iNEXT SUV has been spotted testing again, this time in a little less camouflage. We can see more of the car’s styling details, ahead of a full reveal in the coming months. It’ll be electric only, and a rival to other EVs like the Audi e-tron and Tesla Model X.

This prototype model features wide, slim headlights that connect with the grille. It looks like the iNEXT will get full-height grilles like the BMW 4 Series, but they’ll be fared-in for aerodynamic efficiency and to highlight the electric powertrain. There are also alloy wheels designed for efficiency, and a spoiler to minimise the disruption of airflow at the back of the car.

The iNEXT has been tested in the hot weather of the Kalahari desert, where the electric running gear, exterior and interior materials have been subjected to thousands of kilometres of driving on dirt track roads and in the desert itself. BMW has also been ensuring the extreme conditions can emulate the full lifetime of motoring in the iNEXT; build quality and even the car’s dust-tightness have been closely evaluated. 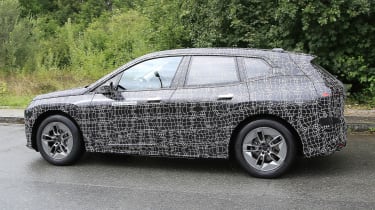 Up until now, we’ve only seen camouflaged shots of the exterior, but BMW has previously revealed several teaser images of the interior of the iNEXT electric SUV. An unconventional polygonal steering wheel can be seen in the image, which BMW claims will make switching between active and autonomous driving easier.

The polygonal iNEXT steering wheel will also feature optical fibres that will inform the driver when autonomous driving modes are available and when the driver can regain control of the vehicle. In May, BMW teased the massive curved touchscreen spanning the width of the dashboard.

The company hasn’t shown any other details but it previously released official ‘spy shots’ of the BMW iNEXT electric SUV. It’s rare for a manufacturer to release images of new products so far before the launch (even if it is camouflaged), which suggests how much development is needed to make this electric SUV perform as it should in all conditions.

The iNEXT will be an important model for BMW; it’ll be the company’s flagship electric SUV and will act as a technological showcase for future EVs. A range of 360 miles or so is expected for the models with the largest battery, although all versions are likely to manage at least 250 miles on a single charge. 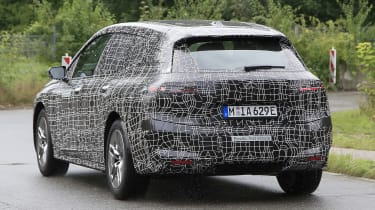 BMW has taken the SUV to Arjeplog, in the Arctic Circle, to test the iNEXT’s electric motor and components. Engineers are also testing the car’s four-wheel-drive system, as it’s a system specifically tailored for electric cars.

The SUV will be a similar length to the BMW X5 but lower and wider. Expect it to be a strict five-seater, even if it is long enough for a third row of seats to be squeezed in behind. The iNEXT concept featured a massive infotainment screen on the dashboard, swivelling seats and smart materials that will respond to your touch to navigate through the menus and carry out commands.

It was designed like this because self-driving technology will be a big part of the iNEXT’s repertoire. Level 3 autonomy will feature, made possible with a 5G internet connection that will continuously ‘talk’ to other vehicles. The BMW iNEXT will be positioned as the most technologically advanced model in the company’s range, so the level of equipment on board is set to be mind-boggling.

If you can’t wait until 2021 for an electrified BMW, read our reviews of the i3 electric car, or the 225xe and 530e iPerformance hybrids. Alternatively, explore our rundown of the best electric cars to buy in 2020. 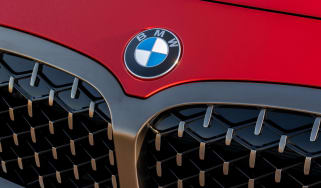