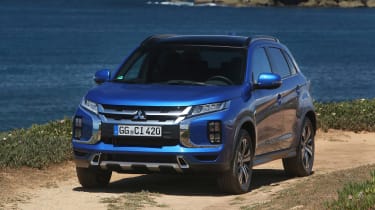 Mitsubishi has revealed more details about the new ASX SUV. First revealed at the 2019 Geneva Motor Show, the next-generation Mitsubishi ASX will go on sale in September. It will be a direct rival in the SUV class against the Nissan Qashqai, Ford Kuga and Kia Sportage, with this new version getting a new exterior and interior design. Prices are yet to be revealed.

The latest incarnation of Mitsubishi's Smartphone-link Display Audio system is now larger with an eight-inch screen, with support for TomTom navigation, Apple CarPlay, Android Auto, live traffic updates and servicing reminders. It's also possible to view videos stored on a USB memory stick when you're parked up. 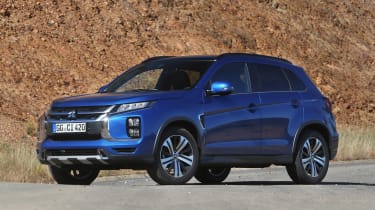 Borrowed from the Mitsubishi Outlander, the non-turbo 2.0-litre petrol engine produces 148bhp and can be specced with front or four-wheel drive, along with a five-speed manual or CVT automatic gearbox. The latter will also offer a "six-speed Sports Mode" that can mimic a six-speed gearbox to provide greater performance. The 2.0-litre engine with the manual gearbox gets from 0-62mph in 10.2 seconds (two seconds faster than the old 1.6-litre engine), which increases to 12.2 seconds if you choose the four-wheel-drive variant with an automatic gearbox. Fuel economy figures have yet to be confirmed.

Read our review of the current Mitsubishi ASX, or to see how Mitsubishi's future is electric, read our news article on the Mitsubishi Engelberg Tourer Concept.