Both 500L and 500X will be merged into one new model, probably electric 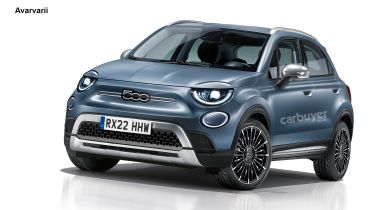 The Fiat 500X and Fiat 500L could be merged into one new model called the ‘Fiat 500XL’ in the next two years, and it’s expected it’ll be available as a fully electric car. Our exclusive images show how it might look and suggest that Fiat will stick with most of the styling cues of the current 500X.

A newly revealed electric Fiat 500 looks similar to the petrol-powered model that’s been on sale since 2007, but a few changes brought modernised it. We’d expect Fiat to follow this approach with the new 500XL, as the Fiat 500X SUV has been a strong seller for the Italian brand.

Read about the next-generation Fiat Panda, due in 2022

Since it was introduced in 2014, between 75,000 and 105,000 examples of the 500X have been sold in Europe every year. The Fiat 500L MPV has been on sale two years longer but hasn’t enjoyed the same sales success, as most MPV buyers have switched to more fashionable SUVs. A seven-seat Fiat 500L MPW was sold until 2017 in the UK but proved less popular over here than it did in its home market. 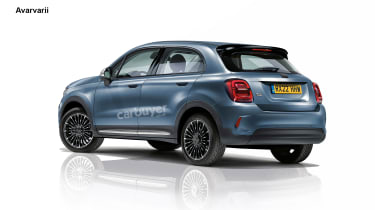 The Fiat 500XL is likely to benefit from the new Uconnect 5 infotainment system, displayed on a crisp 10.25-inch touchscreen (pictured below). It’ll come with wireless Apple CarPlay and Android Auto, and an app will let you see information about the car remotely. High-spec Fiat 500 La Prima models also get a reversing camera, eco-leather upholstery and Level 2 semi-autonomous driving.

Electric 500 models get a 118bhp electric motor that allows a 199-mile range and 0-62mph in nine seconds. The bigger body of the 500XL would dent these figures but it would also allow more space for a larger battery and perhaps a second electric motor. Like the 500, we’d expect the 500XL to get 85kW fast-charging which can top up the battery to 80% in a little over half an hour. It’ll also get three driving modes, including a ‘Sherpa’ mode that focuses on efficiency by limiting the speed to 50mph and deactivating the climate control.

“We need to think of the next generation with the same approach to the consumer that makes a lot of sense in an all-electric version, with a body that is obviously more relevant and in fashion. We’re thinking maybe a blend of the X and L is the way ahead, at the end of the day. But it is not for the near future – and when I say near, I mean not by the end of this year, for sure.” 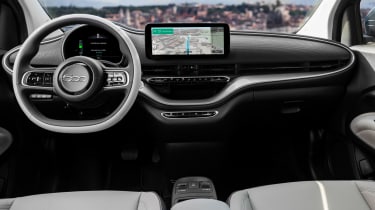 A larger SUV to rival the Nissan Qashqai and SEAT Ateca could be introduced in future, especially if Fiat-Chrysler merges with the Peugeot-Citroen group and Fiat can use the same platform as the Peugeot 3008 and Vauxhall Grandland X.

While the two existing cars remain on sale, the Fiat 500L may get the same 69bhp mild-hybrid powertrain as the recently announced 500 and Panda hybrids, while the 500X may get a more powerful option. The Jeep Renegade is getting a plug-in hybrid version shortly, so it’d be easy for Fiat to put the powertrain in the 500X too.

Read our reviews of some of the 500X’s rivals, which include the Jeep Renegade, SEAT Arona and Renault Captur.