The first-generation Captur was one of the cheapest crossovers to run and the latest version picks up where the old one left off. There’s even a plug-in hybrid version with an all-electric driving range of around 30 miles, but the petrols and diesels are still thrifty, as well as cheaper to buy.

The Captur costs around £2,000 more than the equivalent Clio, and its petrol engines return fuel-efficiency figures upwards of 40mpg. Its CO2 emissions are also on a par with rivals, so the Captur will be just as affordable for company-car drivers, while costing £150 a year in road tax. The diesels won’t suit mostly urban drivers, but could be worth a look for higher mileage owners who often sit on the motorway, and they both return up to 58.9mpg.

The Captur E-Tech plug-in hybrid is the most expensive to buy, starting from just over £30,000, but also offers the lowest running costs, particularly for company-car drivers. Its 9.8kWh battery needs charging from your home supply or a public fast charger and offers around 30 miles of electric driving in ideal conditions. During the cold weather of our winter testing, this shrank to more like 20 miles, which was a little disappointing.

Efficiency figures of up to 188mpg and 33-36g/km of CO2 were returned in official tests, slotting the E-Tech into a lower Benefit-in-Kind (BiK) band than other Capturs for business drivers. It's worth mentioning that the economy figure you achieve will vary depending on how often you charge the battery pack and the type of driving you do.

The Captur E-Tech also comes with a free home wallbox installation at the time of writing, saving buyers around £800, but it's worth checking with the dealership that this offer is still available. A full charge using a 3.7kW wallbox takes around three hours, but this increases to just over four hours using a three-pin plug. 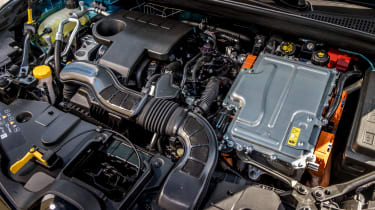 Insurance groups for the Renault Captur start at a low group eight for the TCe 100 in Play trim, but it's worth noting insurance can go up significantly for the range-topping TCe 155 in Iconic trim, sitting in group 20. Rivals such as the SEAT Arona have ratings from around eight to just below group 20 out of 50. With small engines and lots of safety features, the Captur should be affordable for most drivers to insure.

Renault offers a standard five-year/100,000-mile warranty in the UK, which also includes three years/60,000 miles of roadside assistance. This is an improvement over the three-year warranty offered with the previous Captur and competes with Toyota and Hyundai's five years of cover. It's also more appealing than the three years of cover for the Peugeot 2008 and Skoda Kamiq.

Renault owners told us servicing was affordable in our Driver Power survey, largely thanks to discounted servicing plans. Called ‘EasyLife Packs’ these bundle maintenance into set periods for a fixed inflation-proof price. 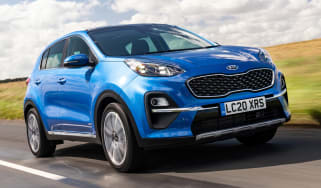