Safety has always been a Renault Clio strong point, while traditionally poor reliability seems to be improving

Renault has long been one of the leading manufacturers when it comes to safety, and the latest Renault Clio maintains that reputation.

It didn’t feature in our 2018 survey, but the Renault Clio was rated poorly for reliability in our 2017 Driver Power owner satisfaction survey of cars currently on sale in the UK. Of the owners who responded, 13.3% reported experiencing a problem with their car at least once. Of those cars with faults, the biggest issue was often the electrics. As a manufacturer Renault came in 24th place out of 26 makes in our 2018 Driver Power survey demonstrating that there’s plenty of room for improvement.

Customers say the exterior styling, practicality and running costs are the Clio's best attributes, but mark it down for its performance, firm ride and build quality. 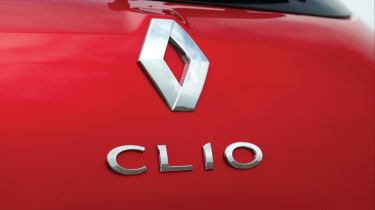 The Renault Clio was awarded the maximum five stars when it was crash-tested by Euro NCAP, scoring 88% for adult protection and 89% for child protection. These scores more or less match what the Ford Fiesta and Peugeot 208 achieved.

Renault has fitted electronic stability control, anti-lock brakes and emergency braking assistance as standard to all versions of the Clio, as well as a full complement of airbags. Rear parking sensors and a reversing camera are also available as options. All this helped it achieve a near-perfect 99% score in the safety assist portion of the test.

In common with many other cars, the Clio didn’t wholly impress the testers when it came to pedestrian protection – areas of the bonnet likely to be struck by a child’s or adult’s head in the event of an accident were rated as offering poor protection.