The Corsa scored four out of five stars in Euro NCAP crash tests and the results of our most recent owner satisfaction survey suggest there are concerns around its reliability. 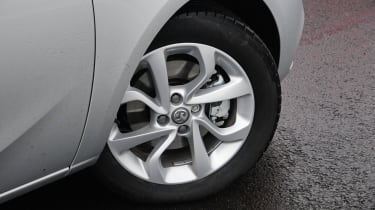 Vauxhall offers fairly standard three-year/60,000-mile warranty cover and as a manufacturer was rated a worrying 29th out of 30 brands in our 2019 Driver Power survey.

The Vauxhall Corsa came 92nd in our 2019 Driver Power owner satisfaction survey of cars currently on sale in the UK. Of all the Vauxhall owners who responded, a below-average 12.3% reported experiencing a problem with their car at least once. Vauxhall also came a disappointing 29th place out of 30 manufacturers in the survey.

Of the issues reported, problems with the electrics were the most common. Owners were most pleased with the Corsa's running costs and infotainment, but marked down the handling and practicality. Owners also criticised Vauxhalls in most other areas, such as styling, front seat comfort, driving dynamics, engines and gearboxes, build quality and reliability.

This Corsa is now in the final stages of its lifecycle, so at least some of the car’s issues should have been ironed out.

Despite a wide range of safety kit, the Vauxhall Corsa only scored four out of five stars in its Euro NCAP crash test. The organisation awarded the Corsa 79% for adult occupant protection and 77% for child protection. That’s some way behind the 87% and 84% the Ford Fiesta scored.

The Corsa does feature safety equipment such as blind-spot warning, auto-dipping headlights, six airbags, lane-departure warning and a rear-view camera. Automatic emergency braking, which reduces the likelihood and severity of a shunt, is fitted as standard.