Offering great value for money is one thing, but it would be no good if the actual car turned out to be a liability to live with. Suzuki has earnt a great reputation over the years for producing cars that are easy to use. But can the Suzuki Baleno live up to the company’s name? 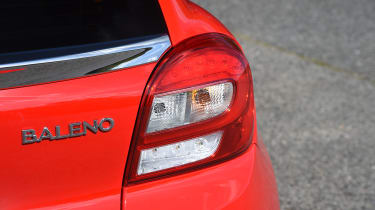 Too few Suzuki Baleno owners have taken part in our annual Driver Power satisfaction campaign to give us an accurate picture of how the Baleno is an ownership proposition, so judging it for reliability is rather tricky. Suzuki does have a good reputation for making dependable cars, though. In our 2017 survey, the brand was ranked a middling 15th place overall out of 27 carmakers scrutinised. 14.6% of owners told us they'd experienced a fault within the first 12 months of ownership.

Since its launch the Baleno has been awarded two ratings by Euro NCAP. The first – a rather disappointing three-star result – was for the entry-level SZ-T model, which doesn't come with the new Radar Brake Support system that helps give the SZ-5 trim level a more respectable four-star safety rating.

This extra safety kit is optional on the SZ-T, and though this is a little disappointing, it's all fairly reasonably priced so it won't cost too much to boost the entry-level Baleno's safety credentials.