The Tesla Model S uses Mercedes and Toyota parts, so should be reliable 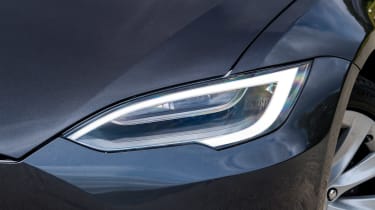 Tesla doesn't have the long history of rivals like Mercedes and BMW, so it counters this with an extensive warranty and exceptional after-sales service.

The Tesla Model S battery pack is covered by an eight-year/unlimited-mileage warranty, which includes roadside assistance in the event of a problem. The rest of the car gets a warranty that lasts for up to four years or 50,000 miles – whichever comes first.

However, the use of some Toyota and Mercedes parts bodes well for the Model S' long-term durability. Buyers can also take comfort from the fact that there’s far less to go wrong in an electric car, because they have fewer moving parts than a similar petrol or diesel model.

Plus, Tesla provides constant software updates through the car’s internet connection. As well as adding new functions, these can diagnose and fix existing problems without needing to take the car to a dealer. 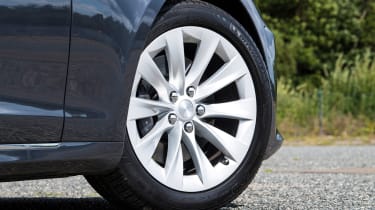 Tesla owners seem pretty happy, too. The Model S was voted the best car to own in the UK in the 2016 Driver Power customer satisfaction survey, scoring the highest percentage score ever. It came fifth overall for reliability, and came a staggering first place in seven other categories. Other than a 33rd-place for build quality, it seems the Tesla Model S can do very little wrong in the eyes of its owners. Not enough owners completed our survey for it to appear in 2020's round of results.

The Model S is one of a handful of cars to score top marks in crash tests on both sides of the Atlantic. In America, it scored a full set of five-star ratings in the NHTSA (National Highway Traffic Safety Administration) tests, while in European independent body Euro NCAP was also suitably impressed.

Euro NCAP awarded the car 82% for adult occupant protection and 77% for child protection. That was thanks to a range of front and side airbags, as well as the car’s generally tough construction.

During a roof crush test in America, the Model S actually broke the machine being used to carry out the test. Its last reading was 4Gs, which effectively means four Model S cars could be stacked on top of each other without the roof of the bottom one caving in.

Among other features, the Model S comes with a lane-departure warning system and a speed assistance system that can recognise the local speed limit and warn you if that limit is exceeded. And if you choose the optional Autopilot system, you can experience a fledgling form of autonomous driving, as the car can execute lane changes, steering and handle stop-start traffic without any driver input.