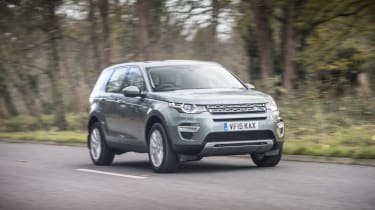 Nothing shouts about an active lifestyle more than an upmarket SUV, and the Land Rover Discovery Sport is a perfect example of the breed. This appeal is why Land Rover has gone from strength to strength of late, as it has a reputation for building cars that can head far off the beaten track, yet its current line-up has all the practicality and versatility that a modern family car needs to offer.

The Discovery Sport is the smallest model in the Land Rover range, but it emulates its larger brothers with upmarket build quality, plenty of family-friendly touches and a style like no other compact SUV on the market. It's spacious, well built and offers a seven-seat option for even more versatility.

The Land Rover Discovery Sport arrived at the end of 2014 and was the third generation of compact SUV to be launched by the company. The first two generations were the Freelander Mk1 and Mk2, while the Discovery Sport used a heavily modified version of the latter as its basis. 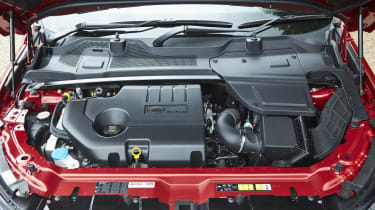 Initially, the Discovery Sport used the same engines as the Freelander Mk2, so UK cars came with a 2.2-litre diesel sourced from Land Rover's former owner Ford. But at the end of 2015, Land Rover introduced its all-new 2.0-litre Ingenium diesel engine to the Discovery Sport range. Both the 2.2 and 2.0-litre engines were offered with a six-speed manual or an emissions-friendly nine-speed automatic.

The range comprised SE, SE Tech, HSE, HSE Dynamic and HSE Luxury trims. While the base model was pretty spartan, the top-spec cars were as well equipped as their Range Rover Evoque counterparts. Upmarket kit included panoramic glass, sat nav and high-end stereo systems, while leather trim was fitted across the range.

Which is the best Land Rover Discovery Sport model for me?

If you can stretch your budget and buy a newer Discovery Sport with the Ingenium diesel, we'd thoroughly recommend it over the earlier 2.2-litre diesel. The Ford-sourced unit is noisy and thirsty, and with emissions of 162g/km for the manual and 166g/km for the nine-speed automatic, road tax is significantly more expensive. Early Discovery Sports also featured Land Rover's older sat-nav system, which had poor-quality graphics and not as many useful features as the later system. 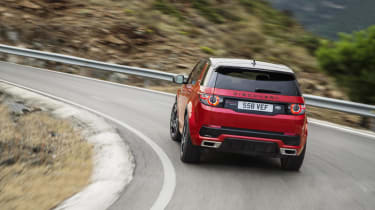 There are two versions of the 2.0-litre TD4 Ingenium diesel. The 150bhp engine is offered in what Land Rover calls its E-Capability model. While it's still four-wheel drive, it gets low-resistance tyres and revised gearbox ratios to help reduce emissions. It's also the only five-seat version of the Discovery Sport sold in the UK, and there's no automatic option.

The rest of the range gets seven seats as standard and a 180bhp version of the Ingenium engine. All versions can be had with a six-speed manual or nine-speed automatic, although the top-spec Dynamic Lux is automatic-only.

The 2.2-litre TD4 had CO2 emissions of 162 or 166g/km, depending on gearbox choice, so road tax is higher than for the later 2.0-litre Ingenium TD4. Fuel economy for both the manual and automatic is a claimed 46mpg.

Go for the 150bhp Discovery Sport in E-Capability guise and the weight-saving measure of making it five seats only, addition of skinnier tyres and changes in the gearbox ratios mean it has emissions of 129g/km, while economy is a claimed 57mpg. The more powerful 180bhp engine manages to emit 139g/km of CO2 whether you choose the manual or automatic, and it's the same story with economy, with both versions returning a claimed 53mpg. Both cars feature four-wheel drive. 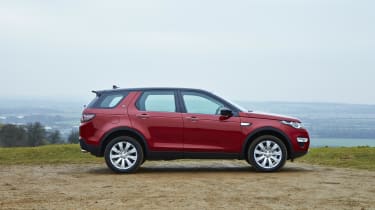 The service intervals for the 2.2-litre TD4 version of the Discovery Sport is 16,000 miles, while Ingenium-powered cars can cover 21,000 miles before a garage visit is required. Land Rover offered a fixed-price servicing scheme to new buyers, and this is an option worth bearing in mind if you're looking at a used car, as it will help you keep costs down. If you're looking to buy a nearly-new ex-demonstrator or pre-registered model, you can take out the service scheme, as long as the car you're looking at was registered no more than 90 days before.

The Land Rover Discovery Sport is based on a heavily modified version of the Freelander Mk2 platform, and while that car wasn't particularly reliable, Land Rover will have tried to rectify any faults with the development of the new running gear. The early 2.2-litre diesel is sourced from Ford and has been used in everything from the Ford Mondeo to the Ford Transit, so while it's rattly and needs servicing more frequently than the later Ingenium diesel, it should be pretty dependable.

Land Rover has a habit of issuing software updates for its models, just to ensure that everything remains reliable. These are normally undertaken when a car comes in for service, although if an owner has had particular problems, then Land Rover has been known to call a car in for updates. 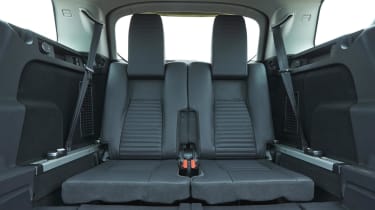 If you're looking for a car to tow with, then the more powerful 180bhp diesel is the better option of the two. However, if you add a tow bar, you can't have a spare wheel, unless you carry it in your trailer. That's because the seven-seat Discovery Sport has a space-saver spare wheel mounted externally under the boot floor, and it uses the same mounting brackets as Land Rover's official tow bar. There's no such problem with the five-seat Discovery Sport, because the spare wheel is under the boot floor in place of the third-row seating.

The Discovery Sport has been on sale since the end of 2014, and there have been two recalls issued for it. The first one was in December 2015, but it affected just one car, built on 9 December 2014! This one model had the incorrect mixture of adhesive used for its bonded glass and the owner was contacted to have it rectified. The car affected has the chassis number SALCA2AE4FH501847. You have been warned! 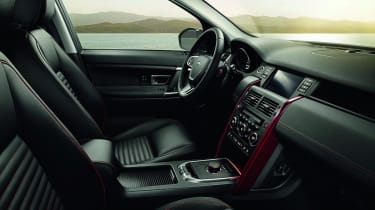 The second recall, announced in August 2016, affected around 37,000 Discovery Sports and Range Rover Evoques powered by the Ingenium diesel engine. The cars were built between March 2015 and April 2016, and the problem surrounds the fuel hoses routed across the top of the engine. These might chafe on a piece of sound insulation, resulting in a possible diesel fuel leak on the exhaust manifold that could potentially cause a fire, or a leak on to the road, causing a potential skid risk.

The Land Rover Discovery Sport is a bit of a unique proposition, as none of its direct rivals offers a seven-seat option. These direct rivals include the BMW X3 (which matches the Discovery Sport for efficiency, but is a better handling car), the Mercedes GLC (which matches it for interior quality), and the Audi Q5 (although that's getting a bit long in the tooth now).

If you want seven seats, then the Hyundai Santa Fe and Kia Sorento have more space in their third rows, and you get a lot more room for less money, although neither has the badge prestige of the Land Rover.

Elsewhere, the Range Rover Evoque has less space than its sister car, but looks more stylish, while the Lexus NX has a hybrid drive system that's supposed to deliver greater efficiency than a diesel, but only really manages this if you do a lot of city driving.

The Land Rover Discovery Sport is a stylish seven-seat compact SUV that trades on the firm's reputation for building go-anywhere machines. All models have off-road ability that will largely go untapped by owners, but there's no doubt the Discovery Sport's practicality and seven-seat layout will be greatly appreciated by many.

Combine these talents with the excellent Ingenium diesel engine and it's pretty cost-effective family transport, too. If you can live with the thirstier 2.2-litre diesel, you should be able to bag yourself a bargain, though.