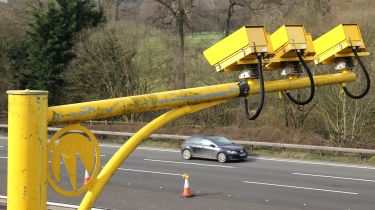 Modern cars of more or less every type are more powerful than before, so it's easier for motorists to achieve speeds where you need to pay particular attention to the prevailing limit. Many driving locations, particularly in urban areas, near accident black spots or 'smart' motorways, now have average speed monitoring equipment in action. But how does it work? And is there a hard and fast rule to avoid being caught?

Fixed single speed cameras such as the famous Gatso (named after Maurice Gatsonides, their Dutch rally-driving inventor) have been a familiar sight on Britain's roads for many years. They're commonly employed in specific locations where dropping the speed of passers-by is of utmost importance, such as outside schools and on steep downhill inclines where drivers might be tempted to drift over the limit.

All you need to know about UK speed limits

However, once safely out of a Gatso's visual range, a driver might be tempted to resume driving at extra-legal speeds. Where linked average speed cameras are used instead, there really is no escape – the only way you can guarantee avoiding average speed camera fines is to comply with the limit.

Where can you find average speed cameras?

Officially, average speed cameras are located wherever traffic speed has been identified as raising safety concerns. Common locations are along busy stretches of A-road, be they single or dual-carriageways, and temporarily in roadworks zones.

It's increasingly likely to find average speed cameras where local speed limits are enforced, such as urban 30mph schemes. In many cases, they'll be prominently positioned as you enter and exit a village, providing a further visual warning that an average speed detection system is in operation.

Variable speed limits do not typically use average speed cameras – 'smart motorways' such as sections of the M25, M6 and M62 instead use fixed-point cameras named Hadecs 3. Not necessarily painted in the high-visibility yellow of other speed cameras, these are typically mounted at the nearside of grey motorway gantries, although locations can vary. They operate whenever a temporary speed limit restriction sign is illuminated, but can also be used to enforce the national 70mph motorway speed limit.

Are all average speed cameras the same?

Among the most common types of average speed camera are SPECS cameras. These are usually mounted on roadside gantries at regular intervals of over 200 metres, although the latest SPECS 3 cameras need only be 75 metres apart. In terms of appearance, they closely resemble security surveillance cameras such as those found in urban public areas and are mounted in yellow plastic housings. They're effective day and night, with infrared illumination sufficient to clearly capture number plates once it gets dark.

As well as being installed in permanent locations, SPECS cameras are also used to enforce temporary speed limits, for example during major roadworks, where lower limits are introduced for the safety of traffic and the construction workforce.

The latest VECTOR cameras look similar but are more versatile – as well as speed limits, they are used to monitor for offences committed at bus lanes, level crossings and traffic lights, and to enforce congestion-charging schemes. They can be mounted on their own gantries or attached to streetlamps or other tall urban street furniture. They can be either forward or rearward facing and one camera can monitor two lanes of traffic.

Both camera types incorporate automatic number plate recognition (ANPR), which allows an offending car to be identified and linked to its registered keeper.

How do average speed cameras measure your speed

As an example, the A9 scheme between Dunblane and Inverness in Scotland is 99 miles from end to end, incorporating multiple networks of cameras with no route sections unmonitored.

When a car passes the first camera in a linked sequence, an image of its number plate is taken and used to identify the car when it passes subsequent cameras. As the car passes along the route, the time taken to pass between the cameras is recorded, and if this exceeds a set baseline, the vehicle details are submitted to a prosecution database.

Individual cameras don't have the facility to measure vehicle speed – a car must pass a second camera for its average speed to be calculated. In a sequence of multiple cameras, it is at the discretion of the local enforcement agency as to whether cameras work in pairs or in larger groups.

Will I know if I've been recorded by a camera?

If you have passed an average speed camera, you will have been recorded by it. Only by ensuring that your average speed is below the legal limit can you ensure that a prosecution notice won't land on your doormat.

Whereas static single-point cameras use a powerful flash to illuminate car numberplates when an offence is committed, SPECS and VECTOR cameras use invisible infrared illumination in failing light; there are few weather conditions that render numberplates impossible to capture.

The tell-tale 'double flash' when a motorist triggers a Gatso camera is absent from linked average speed camera networks.

Is there an average speed camera tolerance?

Exceeding the speed limit is against the law and a network of average speed cameras that measures the time it takes a car to complete a set journey will provide all evidence required to secure a speeding conviction.

However, not every instance of the speed limit being exceeded results in prosecution. Individual police forces reserve the right to exercise discretion in determining whether further action is appropriate. There's no hard and fast rule, though, and there might be times when a zero-tolerance policy applies.

It's very unlikely that an appeal based on mitigating circumstances will quash a prosecution. It's always up to the motorist to drive safely and at an appropriate speed. Any instance of speeding might be seen as the result of decision made by the driver and could even be treated as reckless or dangerous driving as well as simply speeding.

Improve your driving and knowledge by reading our guides on motorway driving tips and on smart motorways.