We take a look at electric car battery life, care and warranties 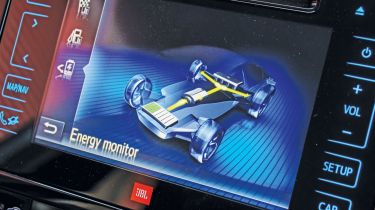 Apprehension over an electric car's range and the lifespan of its battery are two of the main reasons that buyers are reluctant to make the switch from cars that run on petrol or diesel.

However, advances in technology mean that the latest electric car batteries can provide more power and have greater lifespans than ever before; at the top end of the electric-car market, the 100kWh battery in the Tesla Model S 100D is capable of a maximum range of 393 miles. The capacity of larger batteries means you’re less likely to use a high percentage of their power in one go, too, which helps extend the battery’s lifespan.

If you can’t afford a Tesla, you needn’t worry, as there are plenty of positive stories about battery life in cheaper electric cars with smaller batteries than those used in the Model S. A 2013 Nissan Leaf used as a taxi in Cornwall, for example, has covered more than 100,000 miles with its original battery, which hasn’t suffered a significant loss of capacity.

Most batteries in electric vehicles are lithium-based. A lithium battery is liable to lose capacity for every full charge and discharge it undergoes, a process that’s called a cycle. The more cycles a battery does, the more it’ll degrade and lose capacity. In a car, this would manifest itself in decreasing range; theoretically a car would eventually become impractical to run because the range would be so small.

There are four main factors to consider in caring for the battery in an electric car:

Heat, either as high ambient temperature but more likely as heat generated by charging or keeping the battery at high-voltage (fully charged), reduces the capacity of a lithium battery.

Overcharging can cause the battery to overheat, but it’s also harmful because of the chemical changes it provokes inside the battery. The more time the battery spends fully charged, the quicker internal resistance builds up inside it – if this resistance reaches a critical level over time, the battery becomes useless.

Similarly, it’s wise to avoid heavily draining the battery. For example, it’s better for the battery to operate between 80% and 50% charge, rather than starting at 100%, draining to 20% and then fully recharging. Essentially, the battery in an electric car will last longer if you avoid regularly draining lots of its power in one go.

High discharge and charge current refers to massive one-off pulls on the battery and fast charging of the battery respectively. A good example of a ‘massive one-off pull’ would be the high discharge of the battery in the Tesla Model S P100D when you select Ludicrous Mode and exploit the battery power to get the car from 0-62mph in 2.6 seconds. It’s a particularly good example, because when you select Ludicrous Mode, a warning is given on the Model S’s infotainment screen explicitly telling you that it will negatively affect the battery’s lifespan. 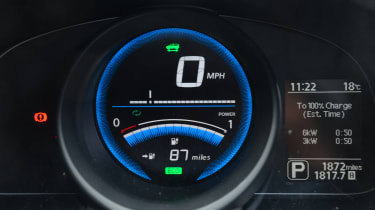 Other than being mindful of how you use and charge the battery, other ways to care for it include keeping your electric car in a garage to maintain a constant temperature and avoid exposing the battery to extreme heat or cold.

If you’re putting the car away for an extended period of time, such as a holiday, a trickle charger that maintains the battery charge at 50% is a good investment, as it prevents the battery from becoming flat or overcharged.

Manufacturers are aware of consumer concern over the cost of replacing batteries and many are offering battery warranties with their electric cars in order to give buyers peace of mind.

The battery warranties are as, if not more, varied in length and nature across the market as standard car warranties. Some manufacturers, such as Ford, don’t offer a warranty on battery degradation at all, while others, such as BMW, guarantee their batteries for eight years/100,000 miles and will repair any lost capacity below 70% for free during that period. Tesla offers an eight-year, unlimited-mileage warranty on the batteries in its cars, too.

For some of the reasons already mentioned, batteries with a higher capacity tend to last longer. The warranty on a Nissan Leaf increases from five years/60,000 miles on the 24kWh battery pack to eight years and 100,000 miles if you buy the 30kWh model. Nissan will replace any part of the battery pack causing capacity to drop below 75% during the warranty period.

The warranty on Smart’s electric models is also eight years, but the mileage limit is lower at 62,500 to reflect how these cars are intended to be used (short trips around town).

The length of warranty offered on the batteries in an electric car should help ease fears about faults or replacement costs and give an indication as to manufacturer’s general confidence in their reliability.

Naturally, you’ll need to check the specific warranty offered on the electric car you’re considering buying, but the length and prevalence of battery warranties on electric cars will be key to their wider uptake.