Dear Carbuyer: I'm looking for a stylish automatic hatchback to use around town. What can you recommend for up to £10k? 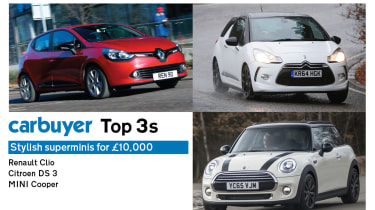 Today's superminis are so sophisticated that they can do virtually everything a bigger car can, but for less money, using less fuel and taking up less space on the road. That's why cars like the Ford Fiesta, Volkswagen Polo, Vauxhall Corsa and Peugeot 208 are among the best selling cars in the UK.

When superminis are so popular, standing out from the crowd can be difficult. Fortunately, there are a few economical hatchbacks out there that offer not only style, but also that X-factor that makes you look back over your shoulder once you’ve parked up.

Here are three that you can pick them up for £10,000 or less, complete with an automatic gearbox to take the effort out of urban driving. 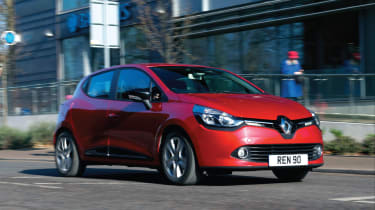 The Renault Clio was a sensation when it first arrived in the early '90s, and has been regarded among the most chic of superminis ever since. Another area in which it excels is value for money: £10,000 will secure you a high-specification 2014 car with just 12,000 miles on the clock. We found a sporty GT-Line with the 1.2-litre turbocharged TCe petrol engine for just £9,700. 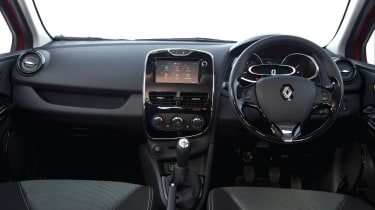 The passenger compartment could be a little roomier, but five doors make getting in and out easy and there's a handy 300-litre boot. The Clio can't compete with the MINI for interior design or material quality, though. It’s not quite as much fun to drive but you're very unlikely to find it boring.

The Clio didn't feature in our 2018 Driver Power owner satisfaction survey, but Renault itself finished a lowly 24th out of 26 cars, let down somewhat by reliability and build quality issues. 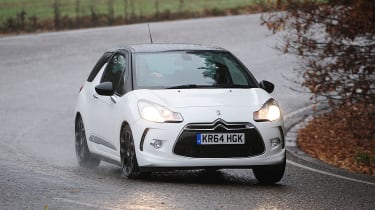 The Citroen DS 3 was the car that marked the reinvention of DS as the premium arm of PSA Group – which also includes Peugeot, Citroen and Vauxhall. Early models are branded Citroen DS 3; £10,000 will get you one of these last models before DS became a brand of its own. We found a 2015 1.2 PureTech 110 DStyle with 18,000 miles for £9,995. 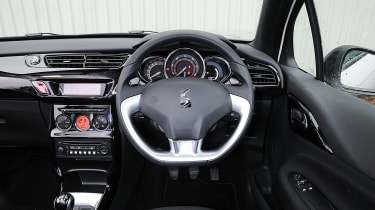 The DS 3 has a more imaginative interior design than the Clio, and a more modern feel than the MINI, but can't match the latter for tactile appeal. Some will find the ride a little stiff, although this does lend the car an agile, responsive feel in corners, which suits its gutsy 1.2-litre petrol engine well. There's as much interior space as the Clio, but only three doors.

Too few owners participated in our 2018 Driver Power survey for the DS 3 to be individually featured, but Citroen itself finished one place lower than Renault, in 25th place out of 26 brands. 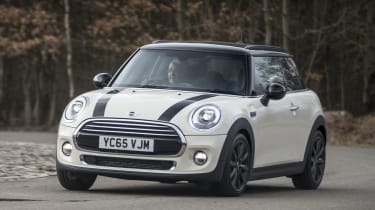 In a list of stylish small cars, the MINI was always bound to feature prominently. Few realise, though, that you can buy a relatively recent model for under £10,000. We found a 2014 Cooper automatic with the 1.5-litre petrol engine for £9,950 with just 41,000 on the clock; a car that's bound to appeal to enthusiastic drivers who want an easy life around town. 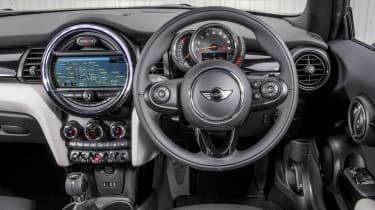 Specification can vary among used MINIs because there's such a vast range of personalization options offered. None lack style either inside or out, though, and there's little doubting the quality of its construction. Interior space isn't a strong suit – those with longer legs may feel cramped on long journeys. There are only three doors on most MINIs in the £10,000 bracket – a five-door model was released in 2015 but doesn't quite fall into our budget. The boot is rather small at 215 litres, too.

MINI finished in a stronger position than Renault or Citroen in our 2018 Driver Power survey, but its 19th place result (out of 26 brands) is only average. 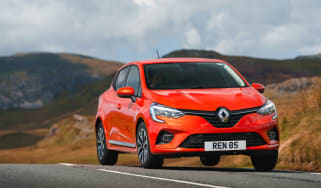