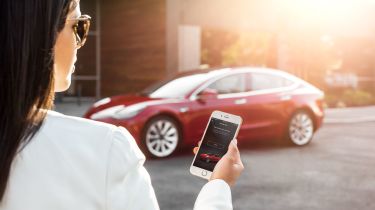 Ever since the Model S arrived in showrooms in 2012, Tesla has updated its cars with an increasing number of remote features controlled by the Tesla smartphone app. You can unlock and start a Tesla from your smartphone, among other remote features.

The app can be used with all of the firm's current cars, including the Model 3, Model S, Model X, and the forthcoming Model Y. It also includes useful information such as the current location and charging status of your car, and it can even alert you if someone is breaking into it.

Here, we run through the most useful features of the Tesla app.

What is the Tesla app?

The Tesla app is the firm’s official smartphone app, which allows owners to connect their smartphones directly to their cars, giving them access to an array of remotely controlled features. It’s free to download and is available for both Apple and Android devices.

How do you set up the Tesla app?

Tesla says that when you take delivery of a Model 3, Model S or Model X, access to the app will be granted within 48 hours via email or text message.

You can also add an additional user to the app by contacting Tesla support with the owner’s name, email and postal addresses, phone number and the car’s chassis number, which can be found on the V5C registration document. All additional users require their own unique log in details to access your car via the app.

Once you’ve set up the Tesla app on your phone, it can be used to unlock and drive your car without the key, and remotely set the climate control. It also allows you to check the current charging status of the battery and notifies you when charging is complete. 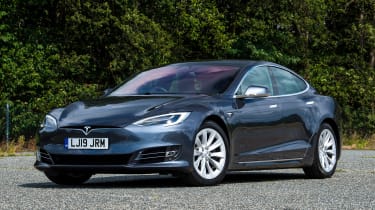 The car’s in-built ‘Sentry Mode’ security system can also be activated directly from the app. Once enabled, it monitors the surrounding area via a series of cameras and sensors dotted around the bodywork, with any suspicious activity triggering an alert in the app.

Owners can also activate Tesla’s ‘Valet Mode’ via the app, which can be used to limit the car’s available features, as well as remotely lock the glovebox, the boot and front ‘frunk’ storage.

Can I track my Tesla with the app?

Can you drive a Tesla with your phone?

While there is no driving feature in the app, as part of the version 10 software update in 2019, Tesla enabled the ‘Smart Summon’ feature in its cars. It uses Tesla’s Autopilot system, and gives you the ability to ‘summon’ your car from where it's parked, allowing it to drive itself to your location within a radius of 200ft (60 metres). 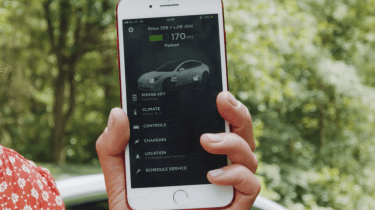 While owners in North America have full access to this feature, it's use in the UK and Europe has been restricted due to road traffic laws and regulations. However, it does allow owners to remotely summon their cars from a parking space from a distance of around six metres by using the ‘Come to Me’ button contained within the app.

Once activated, the app shows you the path the car has plotted to reach you and its current speed. It also activates the indicators during any turning manoeuvres.

Want to know more about the Tesla line-up? Read our reviews of the Model S, Model 3, Model X and the forthcoming Model Y. 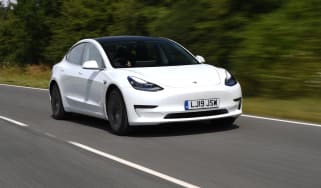