“Dear Carbuyer, I’m looking for a first car for my daughter that’s easy to drive. What can you recommend for £6,000?” 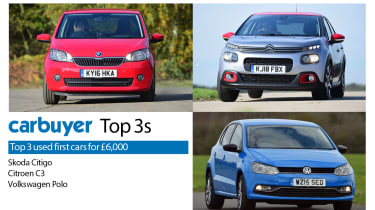 Owning your first car is something you'll always remember because of the newfound freedom and independence it gives you. If you're wondering what to choose as your first car, rest assured that there’s an array of reasonably priced used models available for a budget of £6,000.

Used small hatchback models that fall into the 'city car' or 'supermini' classes will suit the majority of first-time drivers. Most come with small petrol engines, making them affordable for a newly qualified driver to run, tax and insure.

Small cars are easier to park, place on the road and drive around town, which will be helpful for relatively inexperienced or nervous drivers. The fact they don’t usually have huge amounts of power is preferable for the same reason.

A few decades ago, most small cars came with relatively little in the way of technology and luxuries. Thankfully, even the smallest modern cars are well-equipped nowadays, with kit including air conditioning, Bluetooth and a reasonable amount of safety tech. Space inside is only likely to be sufficient for four adults but there’s usually enough room in the boot for a couple of suitcases.

Our reader is looking for a first car for his daughter that’s easy to drive. We've picked a trio of models for a budget of £6,000, and each of the three would make an excellent first car. All offer low running costs, decent reliability and a reasonable amount of standard kit. Most importantly, they shouldn’t prove daunting for a nervous driver. 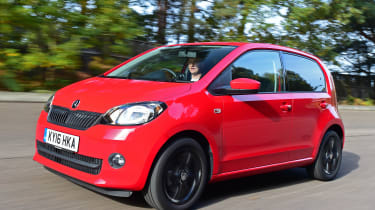 The Citigo is one of the Volkswagen Group’s trio of city cars. It shares its underpinnings with the VW Up! and SEAT Mii and feels solid, despite being at the bottom of Skoda’s line-up. In fact, one of the Citigo’s best attributes is that it drives like a car from the class above. 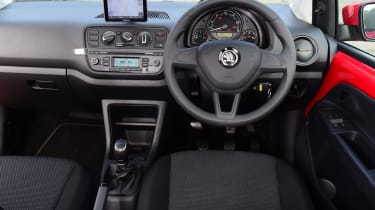 As you might expect, the Citigo’s cabin is functional and well built. Pre-facelift models were available with a Garmin sat-nav system which was not very user-friendly. Later models were fitted with a smartphone cradle, which remedied the issue.

You can get the Citigo’s 1.0-litre three-cylinder petrol engine with either 59bhp or 74bhp, and it should return upwards of 50mpg in both guises. The lower-powered version is ideally suited to city driving, while the more powerful model is better if your daughter plans on covering out-of-town miles regularly. 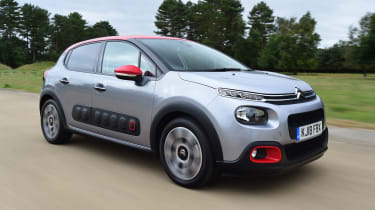 As a comfort-focussed supermini, the C3 has compliant suspension and light steering, making it easy to drive. It also has the most interesting interior out of these three cars, with coloured dash inserts lifting the cabin – but check your daughter is happy with the heating and air-conditioning being controlled through the touchscreen. 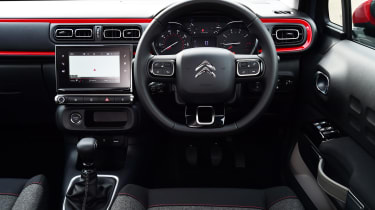 Inside, the C3’s cabin is welcoming and no-nonsense. Its seats are soft and comfortable, the dashboard layout is simple, and all but the most basic models come well equipped, with a seven-inch touchscreen infotainment system and air-conditioning.

The C3’s suspension system soaks up imperfections in the road well, and the range of three-cylinder petrol engines is refined and unobtrusive. The steering is also very light,which makes manoeuvring and parking a breeze, while the ‘Airbumps’ on the doors help to fend off car-park dings. 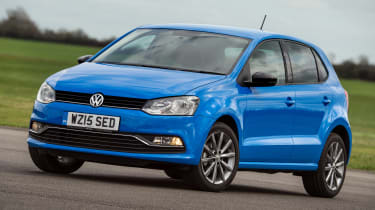 The Polo needs little introduction; it’s been one of the best superminis since it arrived in 1975, with a classless image, solid dependability and decent engines.

Your budget means your daughter will be looking at a Polo that’s older than a similarly priced Citigo or C3, and while early, high-mileage cars sell for less than £2,500, making use of most of her £6,000 should bag a 2014 Polo with around 45,000 miles on the clock. But as with all these cars, check insurance quotes before buying. 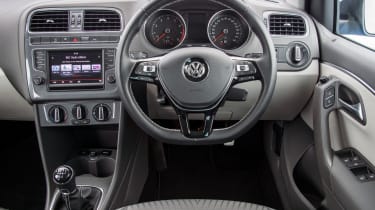 Regardless of its trim level, the Polo is a well built car inside. Bluemotion models are geared towards providing the best possible fuel economy, while mid-range Match Edition cars come with air-conditioning and a 6.5-inch touchscreen.

The Polo isn’t hugely entertaining to drive, though the flip side is that it provides predictable handling and feels reassuringly solid, filtering the turbulence from crosswinds or passing lorries, for example. Visibility is good and there’s plenty of grip, while the Polo’s gearbox is more precise than the C3’s. 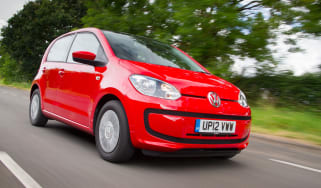