Decent customer satisfaction, but the Vauxhall Adam has a disappointing crash-test score

Although the Vauxhall Adam placed around halfway down the list of the best cars to own in our 2016 Driver Power customer satisfaction survey, it was still one of the best-performing Vauxhalls.

In our 2016 Driver Power survey, the Vauxhall Adam finished in 64th place out of 150 cars in the overall ranking, with a 61st place ranking for reliability. Owners think the Adam feels better built than most other models on the market, as it registered a 56th-place finish here – the best of any Vauxhall. 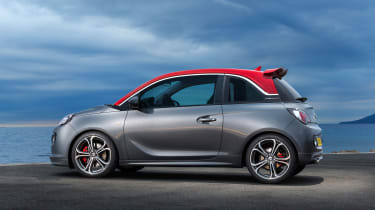 The Adam only achieved a four-star score in Euro NCAP crash tests, while rivals the Audi A1 and DS 3 bagged the full five stars. This does, however, beat the Fiat 500, which only managed three stars when tested again in 2017.  The Adam scored 87% for adult occupant safety, but was marked down for offering only marginal protection against whiplash in a rear impact. Standard safety kit includes six airbags and technology to help prevent skids, as well as hill-hold assistance to make hill starts safer. The Adam misses out on some active safety features like autonomous emergency braking (AEB) and lane-keeping assistance, which could improve its safety rating.