Vauxhall fared badly in our 2017 Driver Power customer satisfaction survey. Also, Vauxhall has stopped offering its impressive ‘Lifetime Warranty’, where its cars’ first owners were covered for an unlimited duration up to a maximum of 100,000 miles. This was replaced with fairly standard three-year/60,000-mile cover.

The standard Vauxhall Corsa was rated poorly for reliability in our 2017 Driver Power owner satisfaction survey of cars currently on sale in the UK. Of the owners who responded, 10.3% reported experiencing a problem with their car at least once. 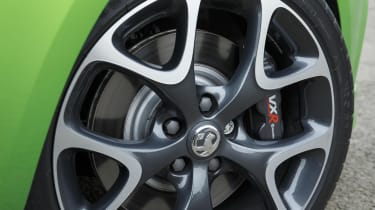 Another issue with the Corsa VXR being so new is a lack of independent crash-test results. However, the standard Corsa on which it’s based only received four stars from testing body Euro NCAP due to a relative lack of passenger protection. The Corsa scored 79% for adult occupant protection and 77% for child protection, while main rival the Ford Fiesta chalked up a far better 91% and 86% respectively in those categories.