All Audi A1 Sportback models come with ESP and six airbags as standard, but its reputation for reliability is less solid.

The Audi A1 was rated poorly for reliability in our 2017 Driver Power owner satisfaction survey of cars currently on sale in the UK. Of the owners who responded, 8.8% reported experiencing a problem with their car at least once. Interestingly, the A1's sister cars, the Volkswagen Polo, SEAT Ibiza and Skoda Fabia all fared better. The Fabia was the standout here, with a superb relability score.

On a positive note, there have been no major recalls for the Audi A1, which is impressive considering it was first launched back in 2010. 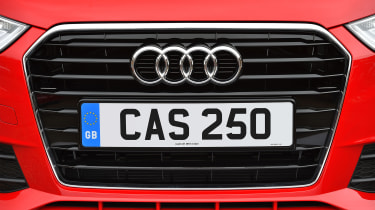 When the A1 was crash-tested by Euro NCAP, it scored an excellent five-star rating. All models get six airbags, anti-lock brakes, electronic stability control and ISOFIX child-seat mounts. The Sportback also comes with driver, front passenger, front side and head airbags. There’s a front passenger airbag deactivation switch, too, should you want to put a rear-facing child seat in the front.

Audi’s secondary collision brake assist system could also work out to be a real life-saver. The system applies the brakes to try to prevent a subsequent impact if your A1 has already been involved in a collision. This is because, in the event of a serious primary collision, the driver will probably be unable to control the vehicle and so the car acts autonomously to reduce speed safely. The system can be overridden by depressing the accelerator, though, should you need to move the way out of trouble.