"The Audi A1 Sportback has two extra doors, making it much more practical than the three-door A1 if you often carry passengers"

Its chief rival is the MINI 5-door hatchback, although it also competes with high-spec versions of the Volkswagen Polo for buyers’ attention. Being an upmarket five-door supermini, it has few natural rivals, as cars like the DS 3 and style-led Fiat 500 are three-door only.

Perhaps the A1 Sportback’s biggest draw is that four-ringed badge on the nose. Audis have never been short on badge appeal, and with the A1 Sportback, the brand has distilled that upmarket image into its smallest package to-date. That goes quite some way to compensating for the fact that the MINI is more fun to drive and the Polo is more practical.

Still, such is the huge demand for small, cheap-to-run Audis that the A1 Sportback holds on to plenty of its value on the used market. That has the benefit of keeping monthly payments low if you buy a new one on finance.

As is typical with small hatchbacks like this, most models are petrol-powered, although there is a single diesel. This 1.6-litre TDI engine returns the best fuel economy, with 76.3mpg claimed, but despite CO2 emissions of less than 100g/km, there’s no saving on road tax – all models cost £140 a year. 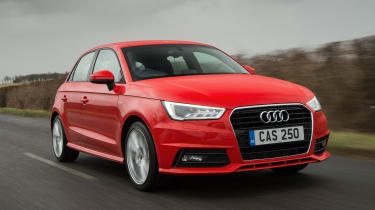 Our top choice is the 1.0-litre, three-cylinder petrol engine, which is revvy and great fun to drive, as well as being capable of 67.3mpg. It’s pretty able on the motorway and feels far faster than its 11.1-second 0-62mph time suggests. The other engines are both 1.4-litre TFSI petrols, and are smooth and economical.

The 1.0-litre petrol is a tremendous round-town car, and the 1.4-litres are both good all-rounders, but if your A1 Sportback is going to spend most of its life on the motorway, or you’ll rack up big mileage, then diesel is the way to go.

There’s also the Audi S1 Sportback Quattro, which is a fully fledged hot hatch with the performance and running costs to match.

In its standard guise, the A1 Sportback drives well, although it lacks the go-kart feel of the MINI. It’s nippy, has plenty of grip and communicative steering. SE models have the softest ride, but the Sport and S line get progressively firmer, so make sure you have a decent test drive before you decide.

Inside, the A1 Sportback feels like a tiny luxury car, with classy materials and excellent fit and finish, even though some of the in-car entertainment systems now look dated compared to those in newer Audis. While the A1 Sportback is easy to get in and out of, it's not exactly spacious in the rear. The boot is no bigger than the three-door’s, either.

There are three main trim levels for the A1 Sportback. Entry-level SE cars offer the best value for money, as well as the best driving experience. As standard, they come with alloy wheels, DAB digital radio, a 6.5-inch display screen, air-conditioning, electric windows all round and heated electric mirrors.

The Sport and S line trim levels add sportier touches and, crucially, increasingly firm suspension that does nothing for the ride quality. Whichever model you choose, there are a host of expensive options available, including different wheel designs, contrasting roof colours and wild paint shades, different seats and coloured interior trim, too. Go crazy with the options and you could easily add £10,000 worth of extras to the A1 Sportback.

The Audi A1 finished 74th out of the 75 cars ranked in our 2017 Driver Power owner satisfaction survey of cars currently on sale in the UK, and fared pretty poorly when it came to reliability, too. On the safety front, the car was awarded the full five stars by Euro NCAP. To back that result up, it has six airbags plus a collection of electronic safety systems, including traction and stability control, as well as ISOFIX child-seat mounts.

More on A1 Sportback hatchback 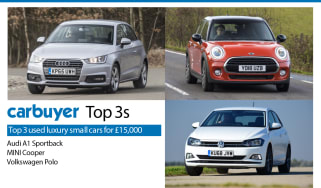 I want a small luxury car for £15,000. It must have a nice interior and plenty of equipment as standard. What do you recommend?
Audi car configurator guide: specifications, options and trim levels explained 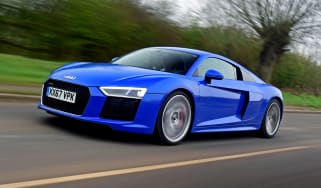 Your complete guide to the official online Audi car configurator and the process of building your new Audi car
Used Audi A1 buying guide: 2012-present (Mk1) 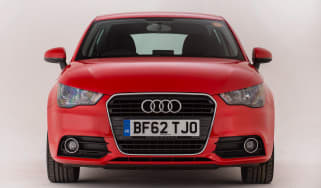 The A1 is a supermini with the build quality of an executive saloon, which should hold its value despite high prices
Audi A1 now £1,000 cheaper 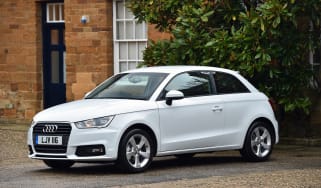 A new free-to-tax engine joins the Audi A1 range, and is priced from £14,300
New Audi A1: price, specs and release date 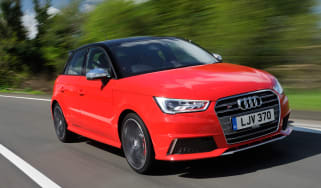 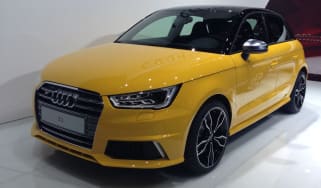 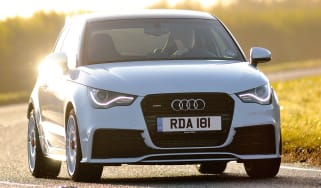 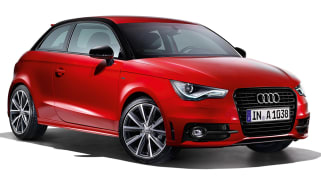 The new Audi A1 S line Style Edition adds £2,200-worth of options for £950
Skip to ContentSkip to Footer