Lexus CT's hybrid system has proved reliable in other models

One area where the Lexus CT does excel is reliability. The car shares plenty of tried-and-tested parts with the Toyota Prius hybrid and has proved very durable since it was launched. Lexus as a company is consistently ranked near the top of the leader board in our Driver Power owner satisfaction survey – and this is largely down to good customer service at dealerships and the near-faultless long-term reliability of its cars.

The CT’s safety credentials are good, too – it scored the maximum five-star rating in the Euro NCAP crash tests back in 2011. It’s true that these tests have become even more stringent since then, but standard safety equipment such as eight airbags means the CT is still a very safe car and an excellent choice for worry-free family motoring.

The Lexus CT 200h was rated highly for reliability in our 2017 Driver Power owner satisfaction survey of cars currently on sale in the UK. Of the owners who responded, only 2% reported experiencing a problem with their car once or more. However, its rating slipped significantly in our 2018 survey with the CT 200h dropping to 30th out of the 75 cars ranked. 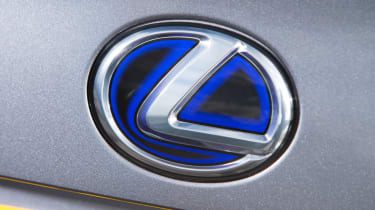 The CT boasts eight airbags and electronic stability control as standard, plus it achieved a five-star Euro NCAP rating when it was tested in 2011. Crash testers praised the car’s ability to protect its occupants, awarding it a score of 94%, but it didn’t fare so well in terms of pedestrian safety, scoring only 55%.