The Lexus CT 200h is cheap to run, but delivers neither the sporty performance nor the comfort we expect from this brand

The Lexus CT hatchback is intended as a rival to the BMW 1 Series and Audi A3 e-tron but also as an upgrade for Toyota Prius owners who want a hybrid with a little more luxury. There are no pure petrol or diesel CT models; it’s only available with a 1.8-litre petrol engine that’s married to an electric motor to help make the car greener and cheaper to run.

But where those petrol, diesel and hybrid alternatives all offer varying degrees of driver involvement, the CT doesn't deliver particularly sparkling performance and when you add in its extra weight, the car feels sluggish and hefty in corners too. The bulk of the hybrid system also impinges on the car’s practicality. 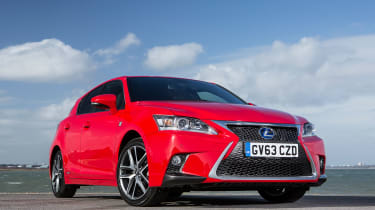 The enduring appeal of cars wearing the Lexus badge has been their comfortable, refined nature but when the CT first hit the road it felt like that trait had been sacrificed in an effort to make the car feel sporty. In 2014, Lexus tried to remedy the problem by softening the car’s ride and stiffening its body, but in truth the car still retains its very firm feel on rough roads and the adjustments haven’t helped its driving dynamics.

To add to the problem, driving enthusiasts are unlikely to fall in love with the rather inert steering and noisy, slow CVT gearbox, while owners after a really comfortable car will be disappointed by the firm ride.

It's not all bad though, because running costs are low – particularly for company car drivers, thanks to low CO2 emissions and plentiful standard equipment – and the interior is luxurious as anything in the family hatchback class. It’s proving extremely reliable too.

That makes it doubly frustrating that it falls short of the best in class in key areas, especially when you consider the characteristics buyers traditionally look for in a Lexus. 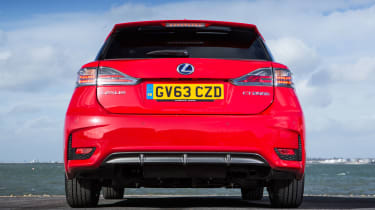 The CT comes in four trim levels. The starting point is the SE, followed by Luxury and F-Sport, with top-of-the-range Premier completing the line-up.

All models feature luxuries such as dual-zone climate control, a DAB radio, sat nav, a seven-inch media display and rear parking sensors. While the highest-specification models are expensive, they do come with desirable features such as heated leather seats and a Mark Levinson sound system – items which will add to the car’s appeal when you come to sell it.

Lexus redesigned the CT 200h for the 2018 model year. The car got new lights, a new grille and revised bumpers.

The Lexus CT finished 30th out of the 75 cars ranked in our 2018 Driver Power owner satisfaction survey of cars currently on sale in the UK and Lexus as a brand was ranked number one out of 26 manufacturers.

The CT200 is a car that has too many compromises for us to be able to recommend, not least its outdated interior and powertain. It’s not especially economical compared to a modern diesel, it’s bulky and not much fun to drive, and the design is something of an acquired taste. However, those who choose a CT tend to defend their car to the hilt. It certainly polarises opinion. 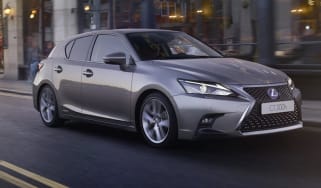 The results are in for Carbuyer’s Driver Power survey and it’s a one-two finish for Skoda, with Lexus scooping bronze
Two-tone paint for Lexus CT 200h Advance Plus 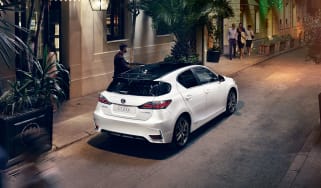 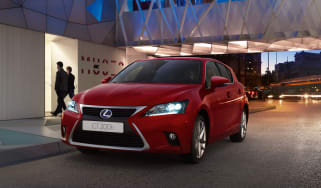