The new Audi Q2 is company’s smallest SUV and it’s on sale now, with first deliveries in November 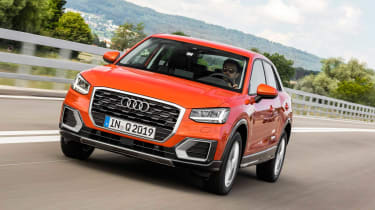 Having made its debut at last March’s Geneva Motor Show, the new Audi Q2 SUV can be ordered now.

It sits below the Audi Q3 in the range and is the beginning of a renewed SUV blitz on the part of the company. It’s a booming market right now, which means there’ll be a new Audi Q4 coupe/SUV crossover and a new Audi Q5 before the end of the year, with an electric Audi Q6 and range-topping Audi Q8 all being released over the next 18 months or so. Rumours of an entry-level Audi Q1 are also circulating, and that would give Audi a foothold in every SUV class there is. 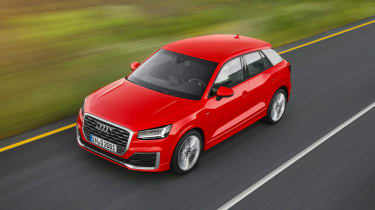 The new Audi Q2 is up against a variety of rivals, including the BMW X1, the forthcoming BMW X2 (which will debut at the Paris Motor Show) and the Mercedes GLA. There’s also a strong possibility that a small Jaguar SUV will be launched at some point in the next 18 months. You could also argue that the Q2 is up against less premium rivals like the Renault Captur, Peugeot 2008, Vauxhall Mokka and Ford EcoSport.

Due to the fact that the new Audi Q2 is being aimed at a more youthful audience than much of the rest of the company’s range, it gets somewhat more distinctive styling than its more conservative siblings.

There’s the huge front grille that we’ve become accustomed to from Audis, but this time it’s even bolder than we’ve come to expect. The slender, rectangular headlights incorporate strong LED daytime running light graphics, while there are also some tough-looking off-road styling elements. 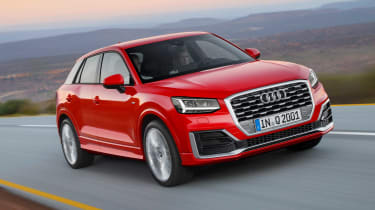 These include front and rear skid plates and black plastic cladding around the wheelarches and along the side sills. All this gives an air of toughness, despite the fact that the toughest terrain a Q2 is likely to see is a particularly steep driveway.

At the back, the Q2’s C-pillar can be specified in a contrasting colour to the rest of the car, much like the Audi A1 supermini and its contrasting roofline. Audi calls these ‘blades’ and hopes the extra dash of personality they add to the Q2 will help attract younger customers. 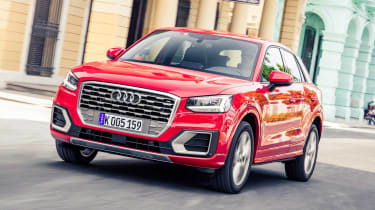 It's not just the exterior you can customise, though. Inside, it's typical Audi with high-quality materials and soft-touch plastics, with several components lifted from models elsewhere in the range. This includes the Virtual Cockpit, which replaces the dials in the instrument cluster with a 12.3-inch TFT screen that displays the sat nav, media settings and trip computer. 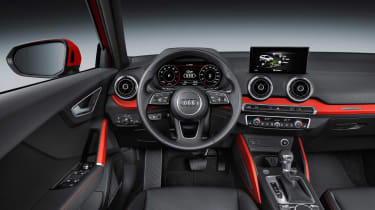 Buyers can also choose from a range of different trim finishes for the dashboard and centre console, meaning each Q2 has the potential to be a little different from every other example.

The new Audi Q2's practicality shouldn't be too compromised, though, despite its compact dimensions. Boot space is 405 litres, which expands to 1,050 litres with the rear seats folded down.

Early Q2 customers get to choose from a 114bhp 1.6-litre diesel engine or a 148bhp 1.4-litre petrol. The latter comes with Audi’s clever ‘cylinder on demand’ technology, which partially shuts down the engine during cruising, saving fuel. An entry-level 1.0-litre 114bhp petrol and a 2.0-litre 148bhp diesel engine will join the range later in the year, while a four-wheel-drive 2.0-litre petrol model will follow in 2017. 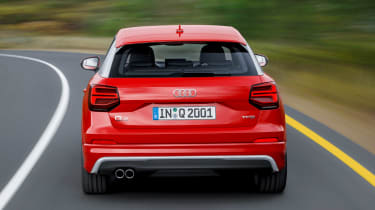 The Q2 is available with a six-speed manual or a seven-speed automatic gearbox, with the 2.0-litre diesel being auto-only. The range-topping diesel can also be ordered with Audi’s quattro four-wheel-drive system.

But you shouldn’t expect the Q2 to become a showcase for the brand’s latest technology. It uses the same mechanical parts as other models in the VW Group, although you can expect a step forward in connectivity options such as Apple CarPlay and Android Auto.

Although it has yet to be confirmed, we also expect a high-performance SQ2 version to arrive at some point in 2018. Speaking to our sister title Auto Express, Audi board member for technical development Stephan Knirsch, said: "It’s something we’re looking at. It would be relatively easy to do with. The Q2 shares a lot with the A3, but we have to see what appetite there is for the more expensive Q2 models first."

It seems like the next logical step, and with hot versions of the brand’s other SUVs (the RS Q3, SQ5 and SQ7) all either on sale or nearly on sale, it would make sense for the Q2 to continue this trend. The SQ2 would likely be powered by the same 296bhp turbocharged 2.0-litre four-cylinder petrol engine used in the Audi S3 and Volkswagen Golf R. Rumours also abound that any high-performance Q2 could also get the manic 362bhp turbocharged five-cylinder petrol engine from the Audi RS3.

While the Q2 looks rugged, quattro four-wheel drive is only standard on the 2.0-litre petrol model, but it can be added as an option to the 148bhp 2.0-litre TDI diesel. 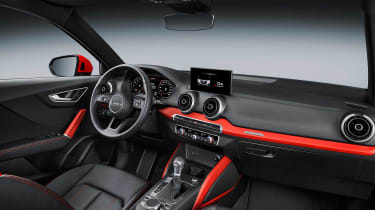 The rear ‘blades’ come in different colours, depending on which trim you pick. SE cars have grey blades, Sport models get ‘ice silver’ and on S line Q2s they’re finished in matte ‘titanium grey’. If you’d like something a little brighter, white blades are an option. 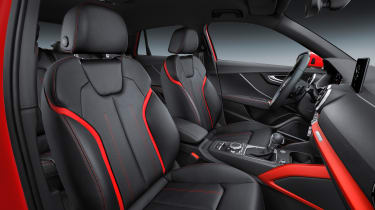 Other options include a powered bootlid, adjustable suspension, adaptive cruise control and a lane-departure warning system. While Audi is known for its lengthy extras lists, it’s good to see that all Q2s will be fitted with autonomous emergency braking as standard.

If you feel like treating yourself to a special Q2, the Edition #1 features two-tone metallic grey paint, 19-inch alloy wheels, black ‘blades’ and an exterior styling pack; this sees the radiator grille, wing mirrors and the rear diffuser (which sits below the back bumper) finished in black. Inside, the Edition #1’s soft Napa leather seats are showcased by ambient lighting. Although it’ll undoubtedly look the part, the Q2 Edition #1 costs £31,170 – over £10,000 more than the cheapest Q2.

The Audi Q2 is available to order now, with prices starting at £22,380 and dropping to £20,230 when the entry-level 1.0-litre petrol engine is launched later this year. First customer deliveries are expected in November.