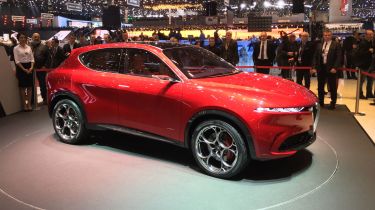 Alfa Romeo will no longer be introducing two new performance models by 2022. Instead, it’ll focus on two new SUVs - the Tonale and an as-yet-unnamed smaller SUV to rival cars like the SEAT Arona, Renault Captur and Lexus UX. The Italian brand initially said it’d have a seven-strong model line-up in three years’ time but now only four models will be offered.

The Tonale is set for launch in 2021, going up against family SUVs such as the Volkswagen T-Roc and Nissan Qashqai, while the smaller SUV will follow a year later. A plug-in hybrid (PHEV) Tonale version is planned, while the third SUV will be available as a battery-electric vehicle. Both of these powertrains would be firsts for Alfa Romeo. In 2021, we also expect to see facelifted versions of the Giulia and Stelvio. 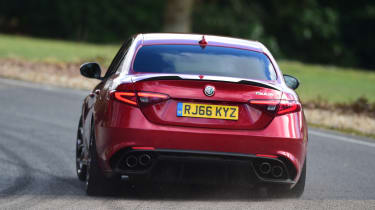 Judging by the previous parts and platform sharing across the Fiat-Chrysler range, we expect the Tonale PHEV to share its powertrain with the Jeep Compass 4x4e. With a battery, electric motor and a 1.3-litre petrol engine, the hybrid Jeep Compass produces 240bhp and has a 0-62mph time of under seven seconds. Around 31 miles of electric range would be possible with a fully charged battery.

Alfa Romeo’s third-quarter review confirms the demise of the GTV and 8C models due to cost-cutting and a shift to capitalise on the popularity of SUVs. The GTV was conceptualised as a two-door coupe version of the Giulia, in the same way the BMW 4 Series is the coupe version of the BMW 3 Series. The 8C was planned to have a twin-turbo V6 engine with around 700bhp, as a rival to the Audi R8 and Ferrari 488.

When the plans for new sports cars were initially revealed at a conference in 2018, Alfa Romeo boss Timothy Kuniskis stated they were intended to help Alfa spread across 70% of the worldwide car market by 2022.

At the time, Alfa Romeo planned to release two SUVs, but the second will be much smaller than originally envisioned; if the original plans were right, the second SUV would have been a much larger model aimed squarely at the Audi Q7 and Volvo XC90.

The news that Alfa Romeo has shelved its plans for a new Giulia-based performance coupe and a supercar replacement for the 8C will come as a major disappointment to many fans of the famous Italian brand but in the cold light of day, it’s hard to blame Alfa’s management for following the money into the SUV segment.

The fact is that car buyers are voting with their wallets and buying SUVs in growing numbers. In the first 6 months of 2019, European SUV sales numbered more than 3m units, an increase of 5.9% on 2018. By contrast, combined sales of saloons, estates, coupes, convertibles and MPVs fell by 6.7% to 5.4m units.

It’s against this backdrop that Alfa has already discontinued the MiTo supermini without replacement and let the 4C mid-engined sports car quietly depart its range. The Giulietta family hatchback will go the same way, making a trio of Alfa models in traditional segments that have been deemed surplus to requirements. The Giulietta will be replaced by the elegant Tonale and a smaller supermini-sized SUV will eventually step into the void left by the MiTo, possibly using technology borrowed from PSA Peugeot Citroen - should its rumoured takeover of Alfa Romeo’s parent company FCA (Fiat Chrysler Automobiles) go through.

It all means more SUV choice for UK car buyers who weren’t exactly lacking in that area. For enthusiasts and the hardcore Alfisti (Alfa Romeo fans) it means a more prosaic Alfa Romeo range than we’ve seen in a while but one that gives the brand a better chance of growing its share of what is a challenging marketplace.

There is a distant glimmer of hope too, the lightweight rear-wheel drive platform that underpins the Giulia and Stelvio is proven as a basis for exciting drivers’ cars and unlike anything the PSA group currently has to work with. If FCA and Alfa Romeo do end up with new French owners, we could see that technology spread some of the Alfa DNA to models from the group’s other brands.

Read our reviews of Alfa Romeo’s current models, or see where the Giulia features on our guide to the best-looking cars on sale now.